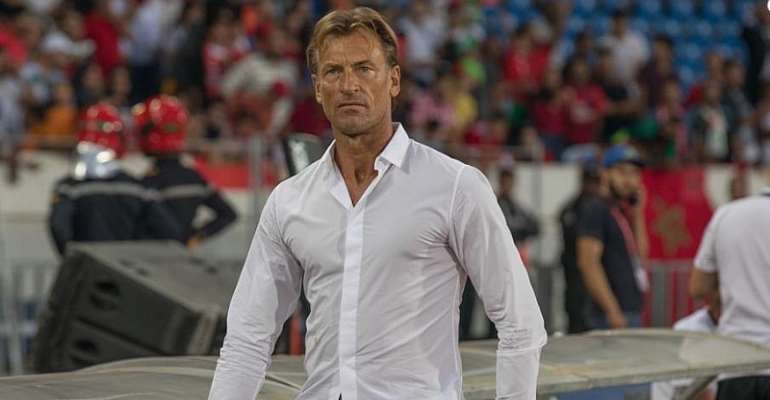 Herve Renard, the only coach to win the Africa Cup of Nations with two countries, hopes to complete a hat-trick at the 2019 finals by guiding Morocco to glory.

This will be his second attempt to bring the trophy back to Morocco after a quarterfinal exit from the 2017 tournament in Gabon.

Ghanaian Charles Gyamfi and Egyptian Hassan Shehata have won three Cup of Nations titles each as coaches, but with the same countries.

Here, we highlight five of the coaches at the first 24-team Cup of Nations, up from 16 qualifiers two years ago:

JAVIER AGUIRRE
The 60-year-old Mexican is in charge of hosts and favourites Egypt, giving him a good chance of becoming only the second Latin American coach after Brazilian Otto Gloria to win the tournament.

Aguirre was a midfielder capped 59 times by Mexico between 1983 and 1992, scoring 13 goals, and played for clubs in his homeland, the United States and Spain.

He managed Mexico twice, Japan and various clubs before succeeding Argentine Hector Cuper as Egypt coach after they lost all three matches at the 2018 World Cup.

KWESI APPIAH
He is getting a second chance to bring the trophy back to his native Ghana after a 37-year absence, having taken the Black Stars to fourth place in 2013 in South Africa.

Appiah was dumped as national coach after a disastrous 2014 World Cup campaign with Ghana eliminated after the first round as players threatened to strike over unpaid bonuses.

After three years at a Sudanese club, the former full-back was reappointed Ghana coach in 2017, inheriting a national team that has had six consecutive top-four Africa Cup of Nations finishes.

FLORENT IBENGE
He hopes it will be third time lucky in Egypt after steering the Democratic Republic of Congo to third place in 2015 and the quarterfinals two years ago.

The 57-year-old wanted to quit last year but Congolese officials persuaded him to continue as the country seeks a first African title since defeating Zambia in the 1974 final.

Apart from the national team, Ibenge works with leading Kinshasa team V Club, taking them to the finals of two Caf competitions.

HERVE RENARD
Taking Zambia to the 2012 title in Gabon was a coaching coup for the charismatic Frenchman with the Chipolopolo (Copper Bullets) not considered contenders when the tournament began.

Although the Ivory Coast boasted star-studded line-ups for many years, the African crown eluded them until the Frenchman took charge and transformed them into 2015 champions.

His first attempt with Morocco ended at the last-eight stage two years ago, and expectations are high in the kingdom that Renard will take them further this time.

His coaching career has been less successful, though, with brief spells in charge of AC Milan, Shenzhen in China and Deportivo la Coruna before being axed.

Lucky to avoid defeat away by lowly Comoros in his first assignment as coach of Cup of Nations trophy-holders Cameroon, he has steadily improved the team.