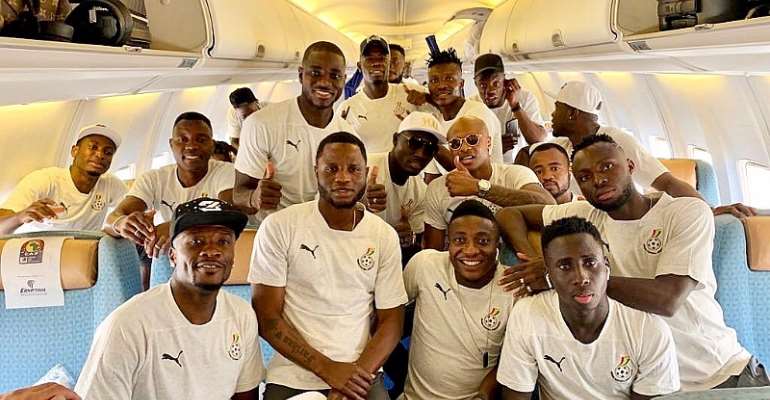 Columbus Crew defender Jonathan Mensah has affirmed that the Black Stars are determined to perform at top level at the 2019 Africa Cup of Nations (AFCON) tournament to make Ghanaians proud.

Ghana is in search of a 5th AFCON trophy after failing to conquer Africa in the last 37 years. The long drought dates back to 1982 when they last won the continental showdown.

This year, the team will have another opportunity to try and restore their lost glory when they participate in the 2019 AFCON tournament set to be hosted by North African country, Egypt.

In a post on Jonathan Mensah’s official Twitter handle, he has indicated that they are going to Egypt to make fans back home proud.

Ghana has been drawn in Group F where they are expected to come up against the likes of Benin, Guinea Bissau, as well as defending champions Cameroon. They will play their first match against the Squirrels of Benin on Tuesday, June 25, 2019, at the Ismaily Stadium.

Meanwhile, the tournament will officially start later today with Egypt coming up against Zimbabwe at the Cairo International Stadium.