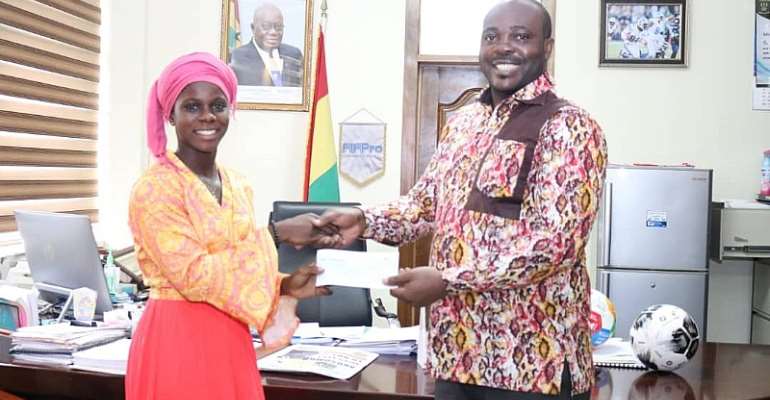 Minister of Youth and Sports, Isaac Asiamh has presented a cheque of GHC30, 000 to former Ghana U-17 female skipper, Mukarama Abdulai.

The presentation was done on behalf of President Nana Addo who promised the Northern Ladies attacker the said amount for her dazzling performance at the 2018 FIFA U17 Women’s World Cup.

Abdulai ended the competition as the top scorer with seven goals and also helped the Black Maidens to a quarterfinal finish.

The striker who recently earned a call-up to the Black Queens team for the WAFU Women’s Cup of Nations in Cote d’ Ivoire became the first Ghanaian to win the Golden boots award at the FIFA U17 Women’s World Cup.

We'll not accept the 4% salary increment — Coalition agains...
14 minutes ago