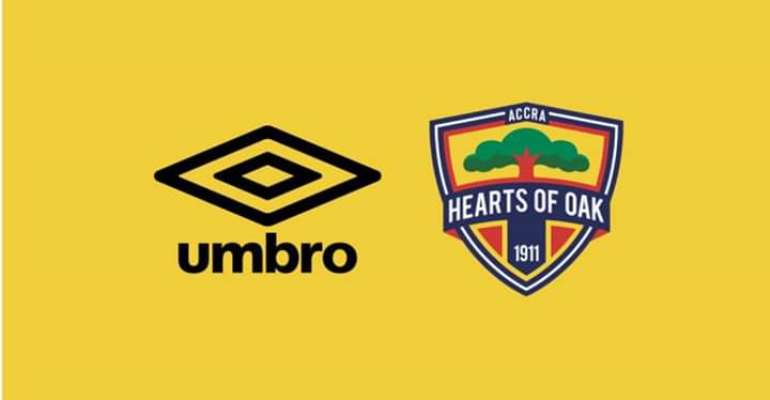 Accra Hearts of Oak will unveil their new kit produced by Umbro today.

The Ghana Premier League giants secured a deal with the English sportswear and football equipment supplier.

Umbro are believed to have sent the first badge of the kits which also have replicas for supporters of the Club.

An official announcement will be made today according to the Club.

Hearts of Oak ever since terminating their deal with Mafro have been without a kit sponsor.