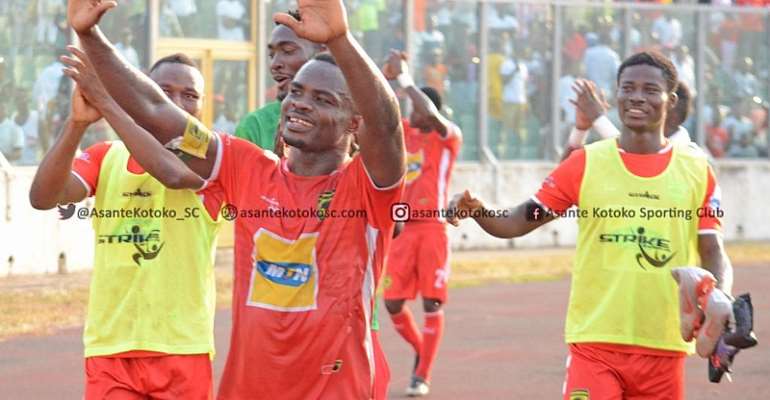 Kumasi Asante Kotoko midfielder, Jordan Opoku has revealed that the team’s target is to beat Karela United in the final of the tier 1 of the GFA Normalization Committee (NC) Special Competition to ensure they qualify for the next edition of the CAF Champions League.

The Porcupine Warriors have participated in CAF’s interclub competitions in the last two editions and are hoping to represent Ghana again when the competition starts later this year.

They are close to qualifying to the CAF Champions League having booked their ticket to the final of the tier 1 which according to the GFA Normalization Committee, will give eligibility to the winner to go to Africa.

Speaking in a recent interview after the club’s defeat in the tier 2 semi-final, Jordan Opoku expressed disappointment whiles citing that they Porcupine Warriors need to channel all their energy to the upcoming final to ensure they beat Karela in the final to have the opportunity of playing the CAF Champions League.

“We want to win that final because we want to go to the champion’s league and the only way we can go to the Champions League is to win that final. We all have to psyche our mind towards that game so that we can achieve that success, the budding midfielder indicated.