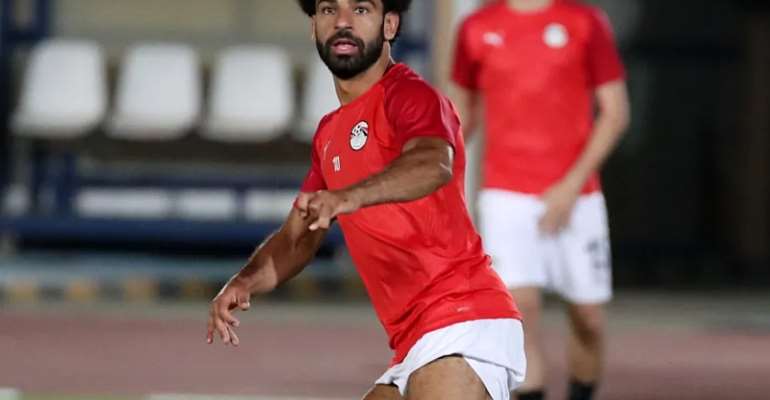 The Total Africa Cup of Nations Egypt 2019 kicks off when hosts Egypt lock horns with Zimbabwe on Friday in the opening match at Cairo International Stadium.

The Group A curtain-raiser is set to start at 22:00 local time (20:00 GMT) after a scheduled opening ceremony that starts a couple of hours earlier.

Record seven-time champions Egypt, led by recent UEFA Champions League winner with Liverpool Mohamed Salah would be eager to give a good impression of themselves in front of their die-hard supporters, who are thirsty for a record-extending eighth title, their first since completing the unprecedented treble between 2006 and 2010.

The Pharaohs were losing finalists two years ago when they succumbed to a late 2-1 defeat against eventual champions Cameroon in Libreville, Gabon. Head Coach Javier Aguirre opted to keep the core of the team that returned from Gabon with the runner ups tag, hoping for a better outing this time round.

"We want to make Egyptians happy when we play at home. I made my decision concerning the lineup and hopefully, everything goes as we planned," said Javier Aguirre.

Zimbabwe are having a back to back appearance at the finals after their early group stage crash in 2017.

The Warriors have never gone past the group stage in their previous outings and they are eager for a good start against the hosts, despite their Coach Sunday Chidzambwa admitting it will be a tough outing.

“Egypt is not an easy match because they won the title seven times and they are also playing at home. We are one of the best 24 teams as we have qualified and we will do our best”. Chidzambwa told the reporters on Wednesday.

DR Congo and Uganda complete pool A and they will face each other on Saturday, also at Cairo International Stadium.

Previous AFCON meetings
25.01.2004 Sfax Egypt 2-1 Zimbabwe
What they said
Javier Aguirre (Coach, Egypt)
We have reached a very good form since we started preparing, and we have no problems either physically or technically. It’s a very important game as it’s the opening and we know the responsibility for us, yet we feel no pressure. We respect Zimbabwe and know them well. We will do our best come Friday. We are just thinking of Zimbabwe game now and will take one game at a time.

Ahmed Elmohamady (Captain, Egypt)
We are ready for the first game and our morale is very high. We play at home and promise our supporters that we will emerge champions. Our treble between 2006 and 2010 gave us great confidence and we were unlucky to win two years ago. Being at home will push us more. Salah is one of the best three players in the world and that’s good for all of us. He is a great addition for the team and he’s only one of us and we all play as one team.

Sunday Chidzambwa (Coach, Zimbabwe)
We prepared well and we believe we will do well. We are playing in a very difficult group and we also had the same in the qualifiers. Facing Egypt is not going to be easy because they play at home and also they won AFCON 7 times. But we are one of the best 24 teams in Africa and we will do our best. We know well Egypt is a very good team and we are the underdogs. Since we qualified nothing can stop us from doing a surprise. The best team on the day will win.

Knowledge Musona (Captain, Zimbabwe)
We are very excited to play in Egypt, a very nice country and people. We are looking forward to the tournament kickoff. Egypt has home advantage and we’re not playing at home, but we are going to focus on our game and we’re not worried. I’ve been watching Egypt since I was young and they’re a very good team. There’s a great potential in Salah as he’s a great player but there are many other good players. We are not playing against him only and we are going to watch for everyone.

Doctors threaten strike from October 1 over arrears
49 minutes ago