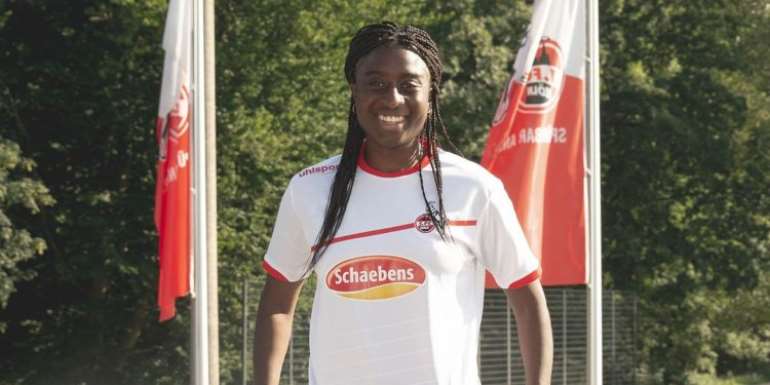 FC Köln announced the signing of the 27-year-old from Spanish Women’s League side Madrid CFF.

Beckmann, born to Ghanaian parents returns to Germany where she previously played for Bayern Munich, Bayern Leverkusen and Duisburg.

The former German female youth player leaves Madrid CFF after just one season with the Club.

“It was a great moment to sign the contract with the FC. My first impressions were very positive and convinced me directly,” Beckmann told the Club’s website.

She has also previously played for Boston Breakers in the United States, Swedish Club Linköpings FC as well as Swiss side FC Basel.