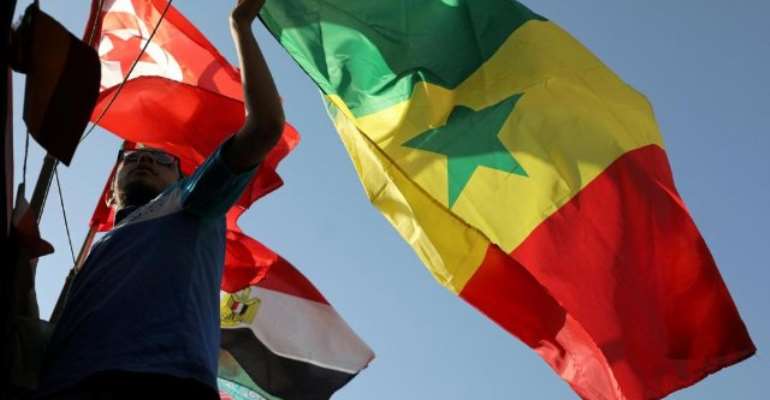 Barack Obama didn’t do too badly in the United States out of his change is a-coming schtick. The next four or so weeks in Egypt will reveal whether the bosses at the Confederation of African Football (Caf) will fare as well as the lawyer turned president.

Their most prestigious tournament is in the thick of transformation. The 2019 Cup of Nations will be the first event featuring 24 teams and it is the first time that the competition will be played in the summer.

Egypt hosted the second Cup of Nations in 1959. Back then, in May of that year, only three teams took part. Egypt won the second of its seven titles after two matches.

Sixty years on, their heirs will face temperatures that are likely to hit 41 degrees Celsius.

Searing Heat
Hardly conditions for energetic pressing games and sustained dynamism. But despite the probability of matches descending into somnolent strolls, the Caf bigwigs have yielded to the demands of the European game and moved the tournament from January and February to June and July.

At least the 2019 extravaganza won’t be plagued by the club v country row that dogged editions when African stars such as Samuel Eto’o, Didier Drogba or Yaya Touré were extracted from the title pushes of their European clubs to play on lumpy foreign fields in sparsely populated arenas in Africa.

Between 21 June and 19 July 2019, six venues in Cairo, Suez, Alexandria and Ismailia will host the group stages.

The top two in each of the six pools will advance directly to the last 16 with the four best third-placed teams.

Under the 16 team system which reigned between 1996 and 2017, there were four groups with the winners and runners-up progressing to the quarter-final knockout stages.

What has changed?
The newly inserted last 16 round will increase the overall number of fixtures from 32 to 52. This year’s champions will hoist the trophy after seven matches.

“On the one hand, it is good for more nations to take part and have a chance to show their skills to Africa and the world,” said Frederic Kanouté, a former African Footballer of the Year.

The Malian added: “But the level of competition could drop a little bit with nearly half of the football nations of Africa taking part.”

Such concerns are unlikely to worry the players or fans from, Madagascar, Burundi and Mauritania who will all take part in the tournament for the first time.

Mauritania, coached by Corentin Martins, have been placed in Group E along with Tunisia, Mali and Angola. They will launch their Cup of Nations adventure on 24 June against Mali at the Suez Stadium.

Mauritania underdogs
Martins’ men are minnows extraordinaire. Al-Murabitun, as they are nicknamed, are 103rd in the rankings of world football’s governing body Fifa.

“It was a historic moment when we qualified,” said Martins, who has been at the helm since 2014. “What we need to do now is learn how to play in a major tournament, learn how to win and gain confidence.”

Predictable fighting talk. But reality lurks amid the bluster. "It would be absolutely fantastic to get out of the group stages. But that’s what we’ll be working towards,” added the 49-year-old Frenchman.

Thirty-one ranking places below the Mauritanians lie the Burundians. They upset Gabon during the qualifying stages to move into the limelight in Egypt. Their first assignment will be against the savvy Nigerians who are looking for a fourth title.

But their task will not be simple. Gernot Rohr, the Nigeria boss, stressed on the eve of the tournament that no side should be treated lightly.

'No easy matches'
"There will be no easy matches for Nigeria," said the 65-year-old German who led the Super Eagles at the 2018 World Cup in Russia on the premise that his young side would blossom at the next major tournament.

"My team will never underestimate any opponent no matter what the rankings suggest."

His attitude was echoed by Paul Put, the Guinea coach Paul Put. "Who is to say debutants cannot progress beyond the first round? Guinea and Nigeria have to be extremely careful in the group.

"Countries making Cup of Nations debuts are usually dismissed as outsiders by the media, which takes all the pressure off them and makes them even more determined to cause shocks.”

Put has first-hand experience. In 2013, he guided an unfancied Burkina Faso past so-called bigger sides to the Cup of Nations final in Johannesburg where they lost to Nigeria.

"These so-called weaker sides have nothing to lose and everything to gain,” added Put. “Our concentration levels from the kick-off to the final whistle have to be 100 per cent."

For the locals on the streets of Egypt, such realms of focus will be meaningless. Egypt has claimed the crown on three of the four occasions that the Cup of Nations has come to town no matter how many teams start the tournament. Add Mo Salah to those kind of percentages. Result? Result.