AFCON 2019: Five African Players Who Could Join Premier League This Summer After AFCON 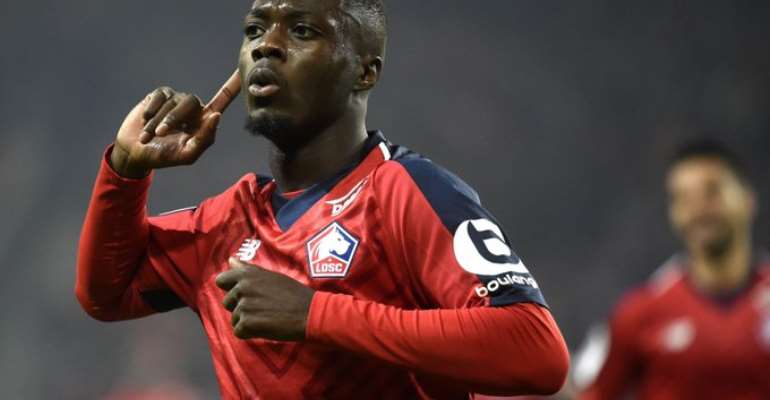 The stage is already set for the 32nd edition of the Africa Cup of Nation with just a day to go before the official kickoff of the biannual tournament.

The 2019 tournament will witness the highest number of nations participating in the competition, thus broadening the scope for young exciting talents to emerge.

Whereas familiar Premier League names including Mohamed Salah, Sadio Mane, Victor Wanyama, Riyad Mahrez, Alex Iwobi and John Obi Mikel will be making an appearance, there are still those outside England who have left a mark in their respective leagues.

They will, therefore, be seeking to use the continental showpiece platform to catapult their club careers to greater heights.

Legit.ng takes a look at five players who could earn moves to the Premier League after the AFCON this summer:

1. Hakim Ziyech - Morocco
Ziyech was in scintillating form with Ajax Amsterdam last season, contributing to 29 goals in 29 league matches as the Dutch side won the domestic title.

He has already attracted interest across Europe, with Arsenal, Manchester United and even Real Madrid understood to be eyeing his services.

He could, however, increase his stock when he leads the Atlas Lions in their group matches where they have been pooled alongside Namibia, South Africa and Ivory Coast.

2. Moussa Marega - Mali
The prolific Malian striker who cuts a gigantic figure needs no introduction - at least for those who tuned in to the Champions League this season.

The FC Porto forward had an outstanding season with the Portuguese giants, netting 17 times across all competitions.

SunSport reports Marega is already a summer target for Wolves and Chelsea.

3. Andre Onana - Cameroon
The young shot-stopper made a name for himself with Ajax Amsterdam this season. He has widely been credited for the club's success this season, helping them reach the Champions League semis.

Manchester United are the major that have shown interest in signing the 23-year-old as a potential replacement for David De Gea.

4. Nicolas Pepe - Ivory Coast
Pepe's astonishing pace and skills in the wings make him a hot prospect in Europe.

He shot to prominence with Ligue 1 outfit Lille this season where he scored aa staggering 22 league goals and set up 11 others in 37 appearances.

It remains to be seen if he can seal a move to the EPL this summer.

5. Mbwana Samatta - Tanzania
Not many football fans may be aware of the Tanzanian striker's potential.

But in Belgium, the 26-year-old is already a household name.

He has spent four seasons in the Belgian First Division, but the 2018/19 campaign was arguably the most outstanding.

The forward has been credited for Genk's league success, having netted 32 times in 53 matches across all competitions.

He notched 20 in the domestic league to emerge the top scorer as he went on to be named the best Player of African Origin.