AFCON 2019: Everyone Is Committed Towards A Memorable Event, Says Anthony Baffoe 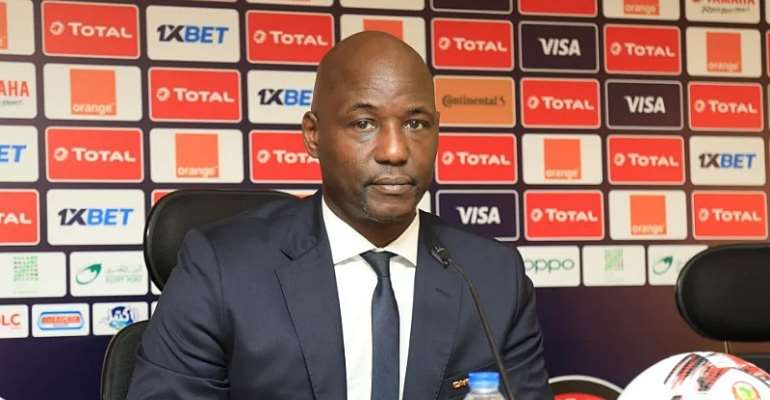 With barely 48-hours to the opening match, CAF Deputy General Secretary in charge of Football and Development, Anthony Baffoe has declared that all hands are on deck towards hosting a successful tournament.

Host Egypt face Zimbabwe in the tournament opener on Friday at the Cairo International Stadium, and Baffoe told the media at a press briefing on Wednesday in the Egyptian capital, Cairo, that all is set for the start of the tournament that spans June 21 to July 19 in the cities of Alexandria, Cairo, Ismailia and Suez.

This edition will for the first time have 24 teams, an increase from the previous 16.

"Everyone is committed to have the best AFCON ever, a historic one. A great work has been done and we thank the Egyptian Government and Local Organising Committee (LOC) for the tremendous job done so far despite all challenges of six venues instead of four," he said.

He lauded some of the innovations such as allocating a training pitch to each team and increasing the accredited delegates per team from 30 to 40.

Baffoe, a former Ghana international, said the switch in the period of the tournament from January - February to June – July will also help to showcase the best some of the best talents from the continent.

"If you look at the English Premier League, the leading scorers last season were three Africans; Pierre-Emerick Aubamenyang (Gabon), Sadio Mane (Senegal) and Mohamed Salah (Egypt). I’m not 100 per cent sure that if the AFCON was held in January-February, their performance would have not been on the same level because they would have been away for a month.

"This competition is very big and almost all the big guns are here, almost all the star players are here. If you watch the qualifiers all the stadiums were full till the last match day. I played when it was 12 teams in 1992, now it’s the double now and I believe we will have some great games," Baffoe added.

VAR debuts at AFCON
For the first time in the history of the AFCON, Video Assistant Referees (VAR) will be deployed at the final tournament. The latest technology in refereeing will be applied from the quarters.

"We’ve taken all measures and tested offline for a backup to the VAR. The referees are concentrating to make everything possible for the system to be implemented successfully.

"We took the risk and until now it worked very well until we have some difficulties and we assure they will not be repeated," the Deputy General Secretary.

The VAR has previously been used in the CAF Interblubs finals after its successful implementation during the CAF Super Cup in 2018 between Wydad Athletic Club (Morocco) and TP Mazembe (DR Congo) in Casablanca.