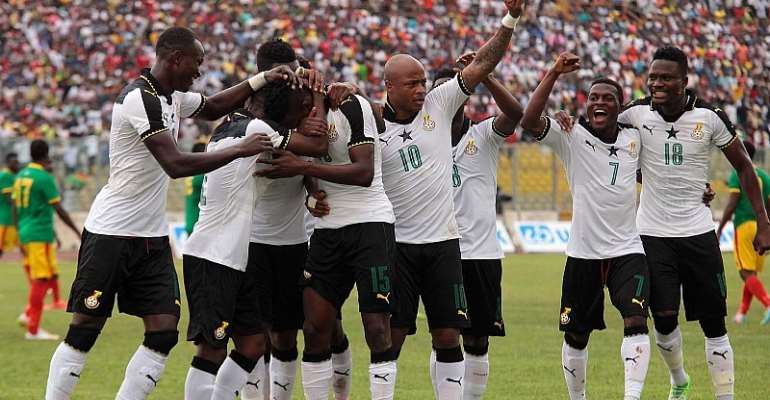 Andre Ayew has shocking revealed that the Black Stars are not favourites to win AFCON 2019 in Egypt.

The four times African champions have struggled to end its long absence of winning Africa's finest tournament since 1982.

Ghana has reached the semi-finals of the AFCON in each of the last 6 editions, a tournament record for consecutive appearances in the last four.

But despite that impressive run, the Swansea City forward thinks other countries are better placed to win the title this time round than the Black Stars of Ghana.

“Let’s be honest, Ghana has had a great team for the last 12 or 13 years from the Appiah, Muntari and (John) Mensah etc generation, the 2006 World Cup to now.

“The country has always been able to keep a certain level of performance, especially in the Afcon.

“Surprisingly, this is the first time since I am playing an Afcon where we aren’t favourites.

“We’re usually the top 2 or 3 favourites and we always get to the semis or final but this time other countries like Senegal, Egypt, Cameroon, about 5 or 6 countries are ahead of us,” Ayew said in an interview from Dubai where the team is currently camping.

Kwesi Appiah’s men, who are currently camping in Dubai, are hoping to end that 37 year wait for the trophy when the continental showpiece begins on Friday.

Ghana will open the campaign against fellow West Africans Benin on Tuesday 25 June 2019.