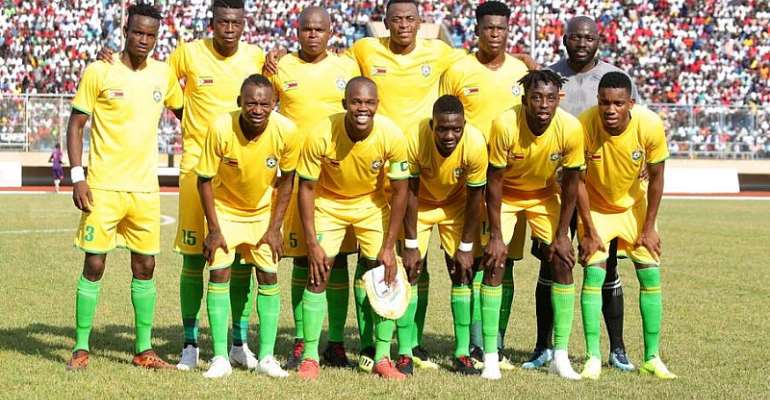 While Tino Kadewere admitted to rooting for Mohamed Salah and Liverpool in this season's Premier League title race, the Zimbabwe forward will be looking to upstage the Egypt star in Friday's curtain-raiser at the Africa Cup of Nations.

Zimbabwe will be making just their fourth appearance at the continental showpiece, which has been expanded to 24 nations for the first time and have never advanced beyond the opening round.

Yet, Kadewere is full of optimism as Zimbabwe arrive in Cairo with a much-changed squad from the one that exited in the group stage two years ago with just a point after a tough draw that placed them alongside Senegal, Tunisia and Algeria.

"In 2017 we had a few experienced players but now it's more of a young squad. It is a new generation," Kadewere told AFP.

"It's a whole new squad. We have been together for quite a while now, and we have been doing well since last year when we played the Cosafa Cup."

Kadewere, 23, scored twice in the final as Zimbabwe overcame Zambia 4-2 after extra time to win the regional tournament in 2018, the second of back-to-back titles in the Southern Africa event.

This time, a Cup of Nations group including hosts and record seven-time champions Egypt, the Democratic of Congo and Uganda has left Zimbabwe believing they can break new ground in Africa.

"Everyone in Zimbabwe really wants us to try and get to the knock-out stages," said Kadewere, who just completed his first season in French football with second division side Le Havre after three years in Sweden.

AJAX INSPIRATION
Kadewere, one of just a handful of Zimbabwe players in Europe, is drawing inspiration from the Ajax side that came within seconds of reaching this season's Uefa Champions League final after a run that saw the Dutch giants dump out both holders Real Madrid and Cristiano Ronaldo's Juventus.

"We want to make Zimbabwe well known and to do our best. If possible, get to the final," he said.

"No one ever knew that Ajax was going to the semifinals of the Champions League, and they did it, and they were one foot away from the final. Why can't Zimbabwe get to the final also? We never know."

The odds are understandably stacked against a side ranked 109th in the world – below the likes of Palestine, India, Vietnam and the Faroe Islands – but Kadewere is hopeful Zimbabwe can significantly boost their standing over the course of the next month.

"It has been very difficult for Zimbabwean football in the past years. We try to manage, to keep up the pace, but it is very difficult," he said.

"There are many countries in Africa and we can't compare ourselves to the big ones at the moment. This kind of tournament is the one that can showcase how we can be ranked in Africa. We want people to talk about Zimbabwe in the next two years, three years, they know that Zimbabwe did very well this time."

A defeat of highly-fancied Egypt, winners on three of the past four occasions they have hosted the tournament, on the opening day of the competition would certainly make opponents and supporters alike take notice.

"It's not going to be easy for us, but we are going there to fulfil our duties and to represent our country, and to do everything possible for us to get a win."