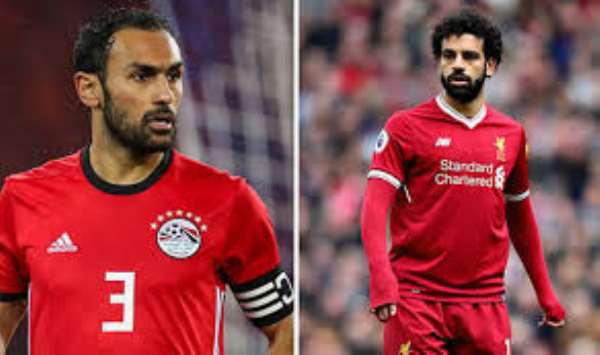 Aston Villa and Egyptian International Ahmed Elmohamady has expressed optimism in the abilities of Mohammed Salah to help the Pharaohs to host and win the 2019 Africa Cup of Nations (AFCON) tournament.

The North African Country is the record holders of the continental showpiece, having won as many as seven titles. Giving the nod to host the tournament this year, they are even hoping to better that statistics as they look forwarding to hosting and winning.

Speaking in an interview ahead of the start of the tournament, the experienced right-back has shared that he is confident that Liverpool star player, Mo Salah can lead them to an 8th AFCON triumph.

“Salah is now one of the leading three players in the world. This is a very big and positive thing that will definitely help us in our quest to win the Nations Cup”, Ahmed Elmohamady noted.

Egypt, as expected, has been pitted in Group A where they will be coming up against the likes of Zimbabwe, DR Congo, and Uganda.

They will play the opening match of the tournament on Friday, June 21, 2019, at the Cairo International Stadium. The match will kick off at 20:00GMT.