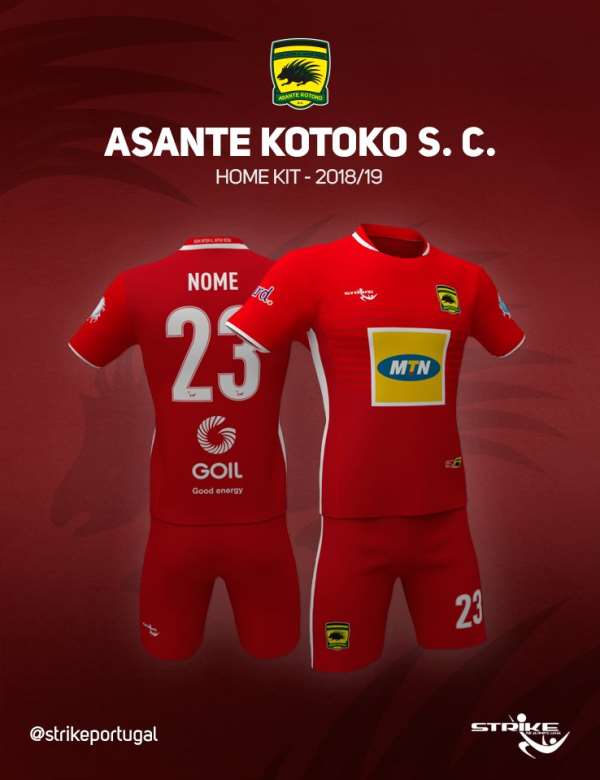 Kumasi Asante Kotoko is considering terminating their sponsorship contract with Portuguese kit manufacturing firm ‘Strike, reports according to credible inside sources have revealed.

It can be recalled that the Porcupine Warriors announced Strike as their new kit sponsors back in October 2018 to supply them with jerseys as well as some other items after signing a three-year contract with them.

Eight months after being in bed with the Portuguese firm, it is understood that the Kumasi based side could be on the verged on canceling the contract over what is being described as a failure on the part of Strike to fulfill their end of the agreement.

Unconfirmed reports suggest that Kotoko is considering to opt out of the contract due to the Strike’s inability to fulfill their obligations as indicated in the agreement between the two parties.

In the last 8 months, the Reds are said to have only received two sets of their home jersey as well as one set of their away jersey. This the club believes is unacceptable and does not go in line with the agreement they have.

Further checks with inside sources have uncovered that the club is in talks with Strike to find common ground. If the situation does not improve, then Kotoko will go ahead and abrogate the contract.