AFCON 2019: Kenya Arrive In Cairo Ahead Of AFCON With Injury Headache 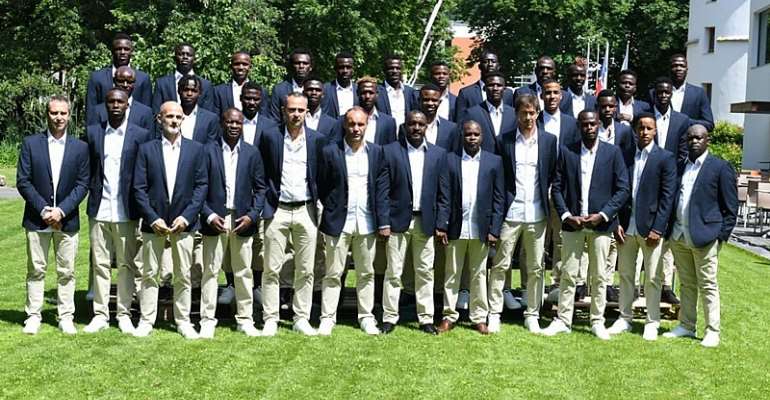 Harambee Stars have arrived in Egypt and are ready to participate in the Africa Cup of Nations (Afcon).

After a 19-day residential training camp in France, Kenya will undertake light training to acclimatise themselves.

While in Europe, Kenya played two friendly matches. One game was against Madagascar in Paris where they won 1-0 and another was against the Democratic Republic of Congo which ended in a 1-1 draw.

Ahead of the tournament's kickoff, Migne is already sweating over the fitness of Musa Mohamed and Erick Ouma whom he says will be subjected to a late fitness test before the opener against Algeria.

Kenya is already without injured Maritzburg United defender Brian Mandela and that means there could be a shake-up of the backline.

Bernard Ochieng, David Owino and Joash Onyango are the central defensive backup options for Migne. Forward Ayub Timbe will also be assessed ahead of the Algeria match after limping off during the DR Congo friendly in Madrid, Spain.

Kenya will face Algeria on June 23 before clashing against neighbours Taifa Stars on June 27 and then finish the group with a tie against Senegal on July 1.

All Harambee Stars matches will be hosted in Cairo's 30 June Stadium.