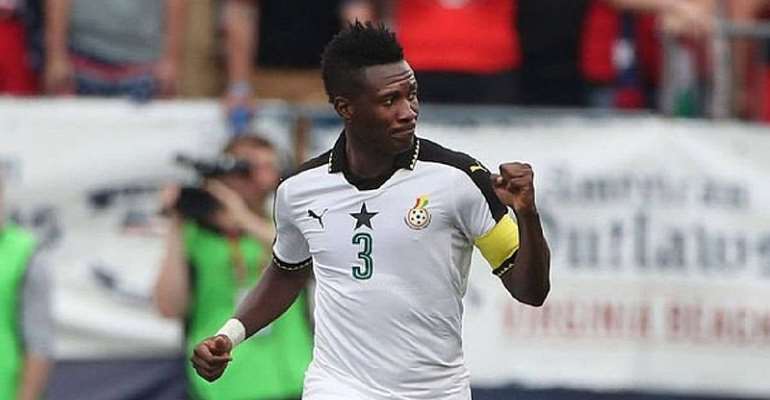 Black Stars general captain, Asamoah Gyan has revealed that he needs more playing time to stay fit ahead of the upcoming 2019 Africa Cup of Nations in Egypt.

The Kayserispor forward was left on the bench by Coach Kwesi Appiah in Ghana’s 1-0 defeat to Namibia in the pre-AFCON friendly at the Jebel Ali Sports Center of Excellence in Dubai on Sunday, June 9.

However, the 33-year-old was introduced in the Black Stars final preparatory match against South Africa which ended goalless last Saturday.

And with less than a week to the start of the tournament, Gyan says he wants more playing time in order to stay up on his feet.

"What I need now is more playing time. I missed a lot of games last season," Asamoah Gyan told Kickgh.com.

"I've played a couple of games but at the end of the season, I proved my wealth.

"I was scoring goals which restored my confidence.
"People know what I am capable of. But I just need is to sharpen up my abilities," he ended.

The team will play their first match on June 25 at the Ismailia Stadium.

The team will arrive in Egypt for the tournament that start on June 21 to July 19 on June 20.