GOC Gets Set For 2019 Olympic Day Run In Koforidua 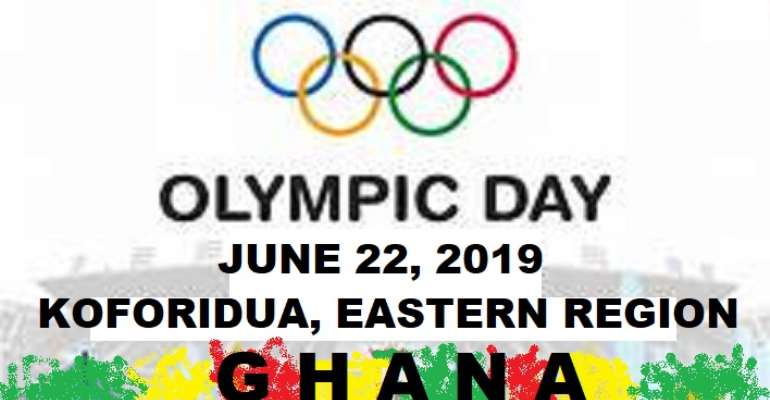 The Ghana Olympic Committee (GOC) is set to organise this year’s Olympic Day Run in Koforidua, the capital of the Eastern Region of Ghana on Saturday, June 22, 2019.

Mr. Ben Nunoo Mensah, GOC president announced that Toyota Ghana will be the headline sponsor the event and have donated 500 branded tee shirts for participants on the day.

He said for this year, there would be a Health Walk to be climaxed by Tree Planting exercise and aerobics.

According to the GOC president, all participants who are able to start and finish the Walk would be given certificates from the International Olympic Committee (IOC).

“Sports is an avenue which gives our youth hope, aspiration and provides a platform for them to live their dreams, that is why the GOC together with the International Olympic Committee (IOC) is committed to, and investing in the identification, nurturing and development of the talents of our youth to the highest level that they can attain. This is our pledge to you; you must also pledge to stay away from drugs” said the president.

The GOC boss also called on all and sundry to do away with politics in sports because sports is the only avenue that unites the country irrespective of one’s religion, political affiliation, ethnic group or social background.

“We at the GOC are committed to the development and promotion of sports in the country and will continue to execute this mandate for our young talented youth in sports.

“We call for more collaborative efforts between stakeholders like the Ministry of Youth and Sports (MoYS), National Sports Authority (NSA) and the GOC,” the statement added.

Mr. Isaac Aboagye Duah, president of the Ghana Tennis Federation (GTF) who is chairman of the planning committee for the Olympic Day Run activities said the support from Toyota Ghana came at the right time and promised sports fans of a great and memorable occasion.

Andrew Lamptey, National Sales & Marketing Manager of Toyota Ghana said it is part of their social responsibilities and international commitment to promote sports and support people.

"Ghana had patronized our vehicles, spare parts and services and “we want to take this as an opportunity to give back to society through sports. This was why Toyota came on board. We are convinced about the Olympic spirit and this is the time to come on board" he stressed.

The International Olympic Committee established the Olympic Day as an event to commemorate the establishment of the Olympics and also to educate sport loving people and the society about Olympism.

The Olympic Day is a festive event bringing together people of all ages and from every background. The activities must be linked to Olympism and its promotion.

In January 1948, the IOC approved the idea of Olympic Day to commemorate the creation of the IOC on June 23, 1894 in Paris, a sort of “birthday” of the Olympic Movement at the 42nd IOC Session in St Moritz, Switzerland.