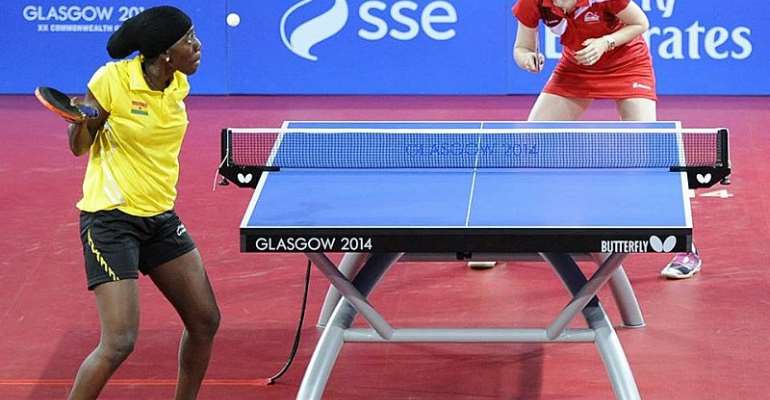 The Ghana Table Tennis Association (GTTA) has released a list of forty-nine (49) players, made up of thirty (30) males and nineteen (19) females for the upcoming National trials to select players for the African Games scheduled for Morocco in August this year.

The list which includes regular players such as top seed Derek Abrefa, Felix Lartey, Bernard Joe Sam and Emmanuel Commey who together won Bronze for Ghana at the last African Games in Congo Brazzaville, has surprise call-ups to the fold.

Making a debut invitation are Junior and Cadet players who excelled during the World and African Junior Championships held in Accra in April. They are left-handed penholder Joseph Amissah, Augustine Baidoo, Desmond Osei, Samuel Hagan, Godwin Nyarko Aseku and Daniel Tawiah. It will afford them an opportunity to prove themselves and offer then a chance of breaking into the senior national team.

Call-ups have been also been extended to Junior and Cadet players in the persons of Augustina Baidoo, Millicent Ankude, Matilda Fodu, and Diana Opoku for their tremendous improvement.

The surprise call up to the national team justifier is ten (10) year old mini-cadet player Emmanuella Yaa Kyere who is world ranked number 411 in the ITTF Cadet category. She has been in impressive form all year round having displayed much talent during the West African Regional Hopes Program and also during the World Junior and Cadet Championships held in Accra.

Venue for the trials is the D. G. Hathiramani Hall of the Accra Sports Stadium under the supervision of the National Chief Coach Anthony Owusu Ansah.