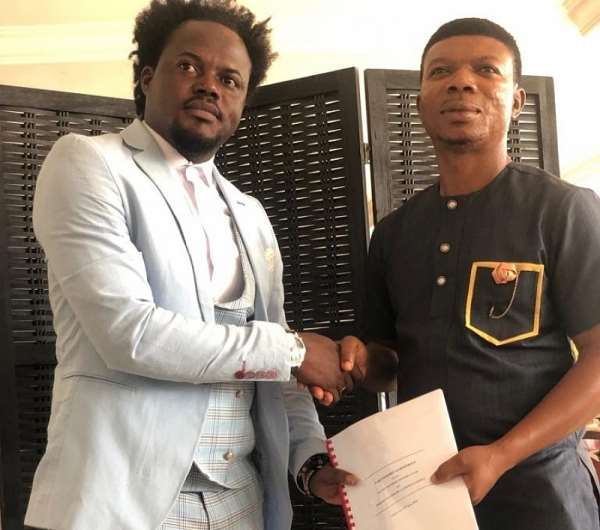 New owners of Techiman based club, Eleven Wonders, Seedorf Soccerlink Academy Agency has confirmed that from henceforth the club will be called ‘Techiman Benfica FC’.

The news was confirmed on Monday, June 17, 2019, following a meeting between the officials of Techiman Eleven Wonders and the new owners at the Palm Hotel in Accra to finalize the agreement.

At the meeting, FIFA Licensed Agent Mr. Seedorf Asante, and Fred Opoku who is the Chief Executive Officer (CEO) of Seedorf Soccerlink Academy held successful talks with the Vice President of Techiman Eleven Wonders, Mr. Yaw Ameyaw as well as the club’s secretary and their Accra rep before opting to change the name to Techiman Benfica.

After signing the necessary documents, Seedorf Soccerlink Academy Agency now has the power to steer the affairs of the club towards ensuring that every goal they set is met in the near future.

According to checks, the new owners will be highly engaged in developing youth football in the country whiles exposing young talents to the international world of soccer.

An official ceremony is expected to be organized in Techiman to officially outdoor the new owners and the new name of the club to the community and all other stakeholders.

We'll not accept the 4% salary increment — Coalition agains...
26 minutes ago