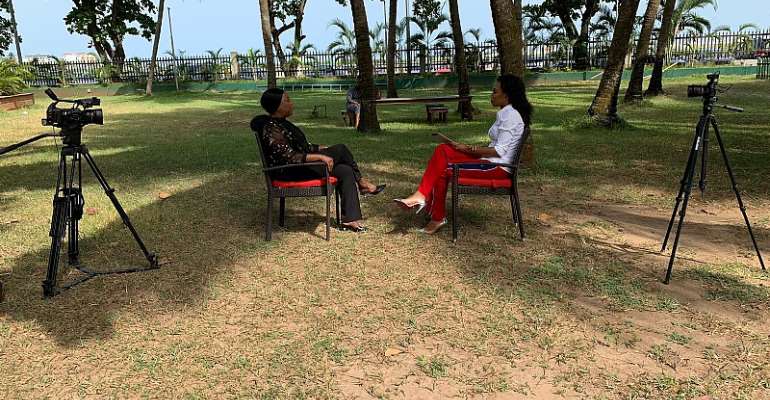 Recorded in Lagos, Nigeria, the interview focuses on Madam Samoura's reign thus far, policy interventions and direction, FIFA's strategy for the women's game, the Women's World Cup and Africa's representation among others.

The interview follows another high profile one with FIFA President Gianni Infantino in Mauritania last year.

A successful name with years of know-how covering sports, Bawuah recently led the conversation about inclusion for women in sports on the African continent by organizing the Africa Women's Sports Summit in Accra. Among other key declarations, the event called for greater female inclusion in the African sports ecosystem.

Full transcript below.
Juliet Bawuah (JB): Madam Fatma Samoura, thank you so much for agreeing to speak with us.

Fatma Somoura (FS): Thank You, Juliet. It's a pleasure.

JB: Three years on, you are the most influential woman in sports. How has the journey been for you so far in this current position?

FS: The journey has been very exciting and bumpy at times but coming at the end of the FIFA administration during the moment of crisis was also something that helped me bring about changes. Today, we are an administration of 800 people coming from 52 different countries with revenue amounting to 6.4 billion dollars for the period 2015, 2018 and today we can say that FIFA has a better image. And more importantly, football has been brought back into the center of everything that FIFA does. And that was the most important thing after what we went through in 2015.

JB: You spoke about how bumpy it has been. Give us some insights.

FS: It took us about 6 months to finalize the first strategy. The vision for the future that was documented is very inspiring. It also took us time to re organize all the committees. We went from 26 different committees to nine committees and before the leadership, the new leadership of FIFA, they were hardly women in the majority of these committees. Today, we have 34 women occupying very big positions within these communities and I am proud to be leading to be leading an administration where we have 43% of women at all levels of the administration.

JB: How have you managed your transition into full time football administration?

FS: I was a football lover. I have been married to a former footballer for more than 30 years so football was already part of my life but when appointed FIFA Secretary General, the transformation was very gradual because one thing that really happened to me was the fact that the new president wanted also to embrace more diversity. And that was exactly what I was doing day in and day out when I was serving as a UN official for 21 years. We have also more people coming from outside with different vision from the UN, like me but also from the private sector who are also bringing in new ideas into the new FIFA administration. And finally, we developed recently and launched in October the first ever women football division. It means that my appointment is not only an isolated case. It is something that is being trickled down to the level of the 211 member association and today again I am really thrilled to see that 16 member associations have decided to also appoint secretary general to be leading their administration.

JB: Of the many challenges you encounter in the day-to-day handling of your job, which one is at the heart of your agenda and that of FIFA?

FS; Well, we have many agendas. Last year was the world cup, that was great success, and as you could see we were not disappointed by the African teams. Although they did not make it after the first group, they really demonstrated a high level of tactical level and also of technicality. We have many, many battles not only one, the most important one is to become more transparent meaning that making sure that all the reform agenda is fully implemented, meaning that we want to promote gender. We want to promote women football. We want to promote development at all level. From the grassroots to the head level. We want 60 million women to be playing football by 2026, doubling literally the number of players. We want to have an administration that is solid, that is closer to the member association and translate into the opening of 10 regional development offices across the world of which three are in Africa. It also means more outreach in terms of communication. Having a new digital unit is also something that we're exploring now in FIFA. Another battle is increasing the number of competition at grassroots level but also for women competition.

JB: The representation of African women in sports is still far below the appreciable levels. What can be done to change this?

FS: We have made progress in women football in Africa. First because I cannot speak on behalf of the president of CAF but I know that he is taking the development of women football very seriously. CAF was certainly the first organization and the first confederation to organize women football symposium immediately after the new president and the new leadership was elected. And I can say also that from what I have seen and heard during the last women AFCON in Cameroun and in Ghana last year, it was something that really showed that the level is growing. Unfortunately, Ghana did not qualify for the women's world cup which is a pity but I have seen the under-17 Ghanaian team and also the Under-20 playing in France and I was even so thrilled by their performance that once they beat Korea, I think, I accompanied them to the dressing room and me and the girls were doing the dance. That was very fantastic and extraordinary moment.

JB: Since you joined FIFA, a lot has been done to take women's football to the next level, what has excited you the most?

FS: I am very much looking forward to the first time having the women convention event. It is an event that will see the participation of 400 people meaning that each of the 211-member associations will also bring on board the person in charge of women football where we would be discussing the five pillars of the women football strategy that was launched in October. It is an opportunity also to engage with the political leaders but also with the civil society and with people who are very active in prompting human rights. We want to make it an inclusive event whereby women football will be seen through the lens of social but also on football and technicality. After that event, we will be signing a declaration with all the head of states that would be present and all the ministries of sports that would be present in that gathering to make it a road map that would be really followed up very closely by FIFA. There is something that is also dear to me. It is to make sure that the last country that is today impeding women from participating in men's games decide to go ahead and abolish that position and that women can be allowed to watch both men and women's games.

JB: Definitely some gains have been made with the women's game in Africa but are you hopeful that it would even get better after this tournament?

FS: First, it is to show the rest of the world that women's football is not a mere investment. And even for some African games, the tickets have already been sold out which means that the investors also be watching differently the women's game after this world cup because our main target is to have one billion broadcast viewers so meaning 250 million more viewers than what we experienced in Canada which was already a great achievement in terms of participation and but also in terms of the women's game.

JB: China seems to be in focus for the women's game now. We've seen players going to China. I think there's been some paradigm shift.

FS: Definitely. Meaning China believes in women football. If countries like China who are traditionally not football nation are investing in the women game this is a strong signal so we Africans should also be following the path because it means that the future really is in women's football. And the future, you have to prepare it today.

JB: A lot of people have praised women football under your leadership but do you reckon that there is the need to do more?

FS: Doing more is fine but these messages Is not only addressed to FIFA. My message also goes to the leadership of Africa and also the leadership of football in general. If you invest in women football, now that we are seeing tremendous progress being made, to train more women at the level of football administration, to promote them at the highest level of the football hierarchy, that would be followed by more investment not only from FIFA but also the sponsors. And if we get more money, we can invest more in infrastructure, we can invest more in competition, we can invest more in the training of the administrative staff who are also women and finally we can also invest in the grassroots and this would be yielding definitely better results. A lot of investments and I am quite confident that by the timemaybe we finish the mandate of Mr. Infantino, people can come and say 'yes, you made it and today, we don't talk about women football anymore. We just talk about football because women football is at the same level as men's football.'

JB: What would make you the happiest woman in football when your mandate is done and you look back at what you were able to accomplish?

FS: We don't take only women as spectators. We don't only consider them as people who are working backstage, and who are working on administrative level and we take it seriously. We reach our target of having a big number of women having played football and we also are able to sit around the table with the world leaders and tell them 'believe in what the leadership of FIFA has done, of the seed that they have planted because if you invest in women football, you would be equally rewarded by the result and also by the fact that it has a very, very strong social power.' Football as we all know is a unique unifier. It can help bridge differences between nations but it can also promote equality between men and women at each level in all countries.

JB: Madam Fatma Samoura. Thank you so much for your time. 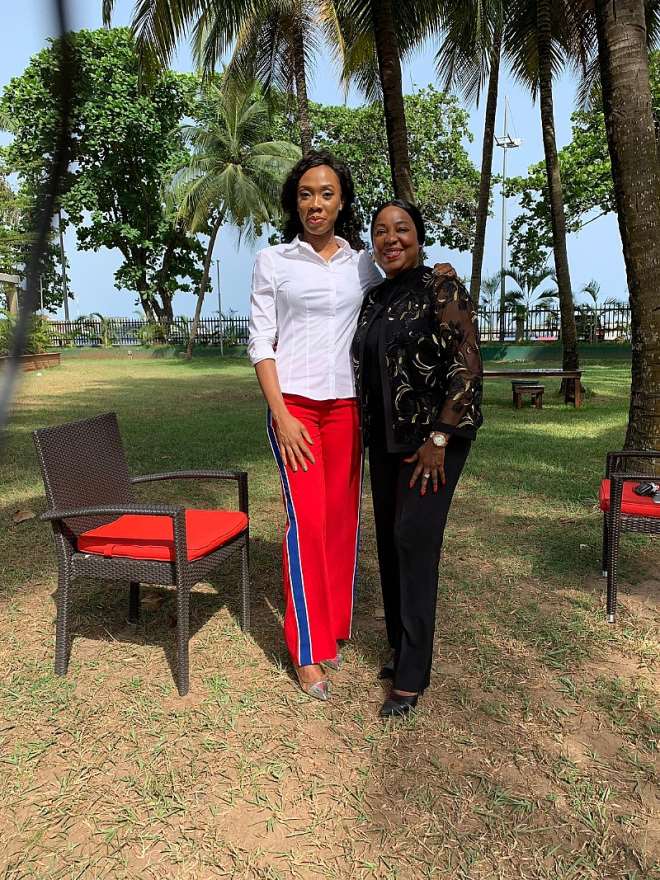 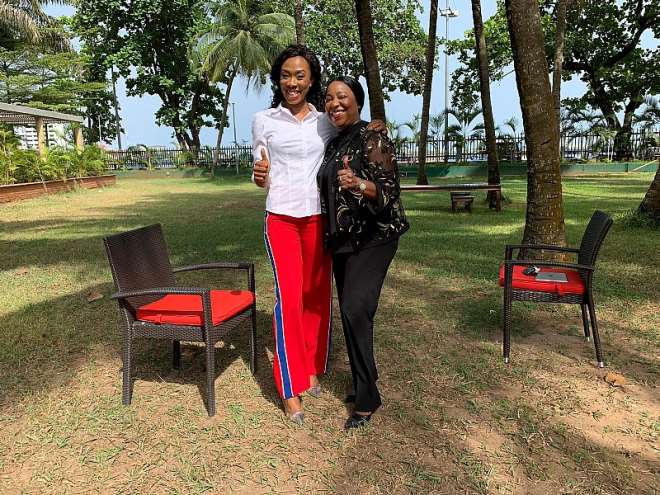