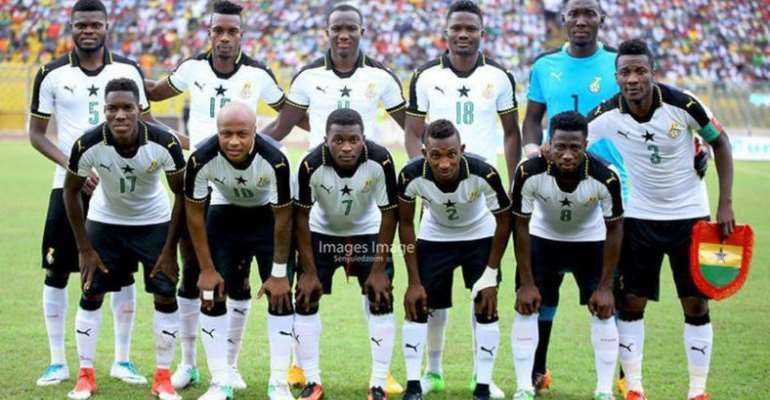 Squad numbers for the Black Stars players ahead of the 2019 African Nations Cup have been revealed.

Andre Ayew, Asamoah Gyan, Mubarak Wakaso and Thomas Partey maintained their jersey numbers from the last edition of the tournament in Gabon. They will wear jerseys number 3, 10, 11 and 5, respectively.

The rest of the debutants Joseph Attamah Laweh, Caleb Ekuban and Samuel Owusu, will wear jersey numbered 2, 13 and 19, respectively

Ghana’s pre-AFCON preparation has been scrappy, having failed to score in any of their two games: lost 1-0 against Namibia, before they drew goalless against South Africa.

Below are the details: 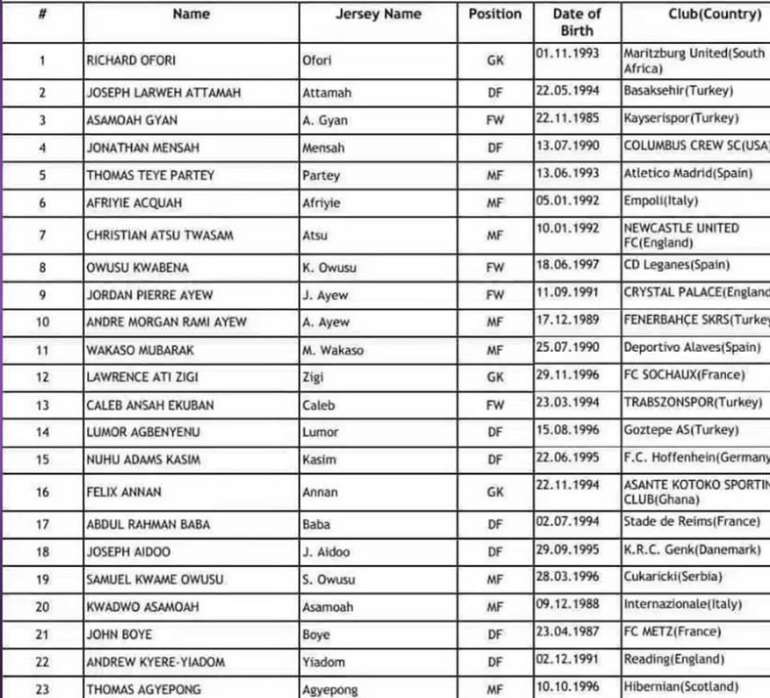