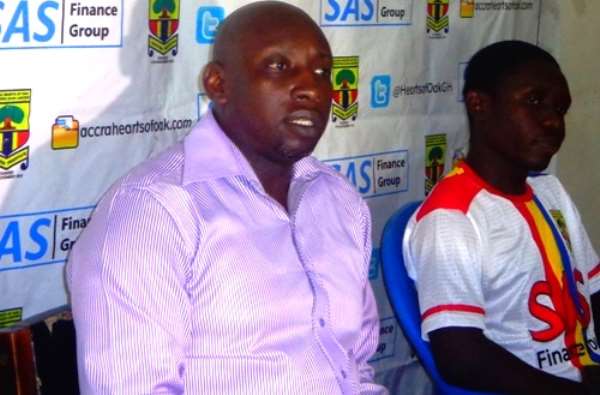 Former Management Member of Hearts of Oak, Neil Armstrong Mortagbe has heaped praises on Kim Grant claiming he will restore the pride of the club.

The former Ebusua Dwarfs technical director was appointed by the club to take over from Henry Wellington in November.

The former Ghanaian international seems to have won the hearts of the fans due to how the team have been playing.

However, the team failed to progress in both the tier 1 and the tier 2 of the Normalization Committee Special Competition.

But the astute football administrator believes the former Charlton Athletic star will return the club to its glory days.

"Grant's appointment brought mix feelings," he told Sikka FM. "From observation Hearts of Oak has improved under Kim Grant during the NC's Competition and in our friendly games.

"We only lost to Kotoko on penalties and whoever watched the game can see Grant has build hope in the players, the fans and the leadership of the club, the team's performance gives me the assurance we will get to where we belong - like the 64 battalions.

"Hearts supporters are used to success - admonishes supporters to rally behind the coach, Hearts will get to the top again within the shortest possible time," he added.