CONFIRMED: Kwadwo Asamoah To Operate From Midfield At 2019 AFCON 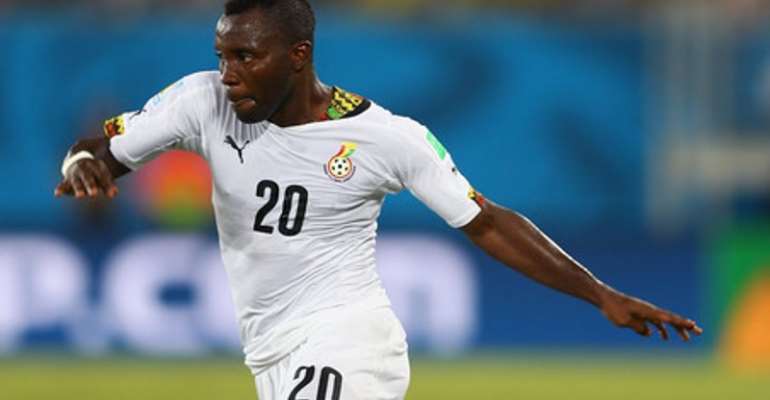 Inter Milan player, Kwadwo Asamoah has indicated that he will be deployed in the heart of midfield for the Black Stars at this year’s Africa Cup of Nations (AFCON) tournament set to be staged in Egypt.

Asamoah who has been playing his football in Italy for the past 3 seasons has mostly been played as a left-back because of his versatility. In addition, he is capable of playing as a supporting attacker or as a left wing back.

Whiles many wonder where the deputy captain for the Black Stars will be playing at this year’s AFCON, he has confirmed in a recent interview with TV3 that head coach James Kwesi Appiah has agreed to deploy him in midfield.

“Am a player that can play so many roles on the field of play, I can be a midfielder, I can also support the attack, I can play at left-back and also left forward so with me I spoke with the Coach and told him he knows the qualities that I have and then what I can do for this National team”.

“So we shared an idea and I told him he knows perfectly when I come to the midfield I excel more than playing from the back because Africa football is totally different from Europe”, the former Juventus player explained.

He continued, “In Europe, the way we play depends on how the Coach wants us to play but with African football is more physical and they is no space”.

Ghana has been drawn in Group F where they are expected to face the likes of Benin, Guinea Bissau, and defending champions Cameroon.

Kwadwo Asamoah will be a key part for the side as they seek to win a 5th AFCON title after failing to do so in the last 37 years.