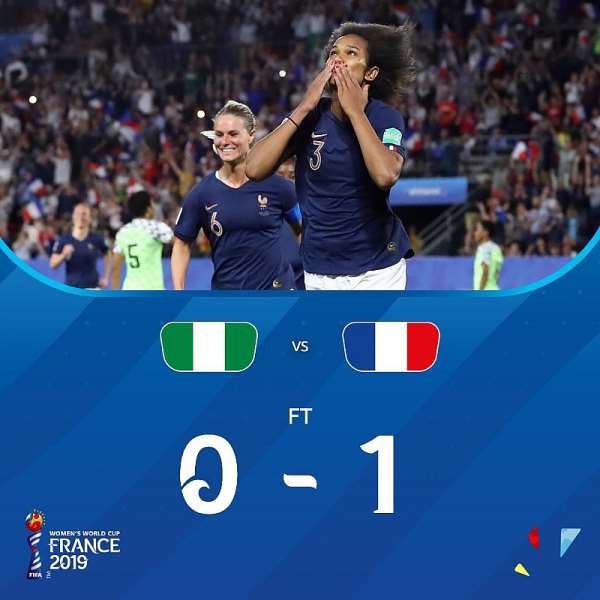 The Super Falcons of Nigeria has suffered a narrow 1-0 defeat to France in the final Group A match of the ongoing Women’s World Cup.

A first half of limited goal-scoring opportunities ended goalless with both teams setting up a compact defense to ensure they left nothing to chance. Though some end to end action attracted cheers from the crowd, it was not enough for the host nation as they went into the break with nothing to show for.

An even improved defensive output from the side’s made things difficult for the attackers who struggle to get a shot on target. With about 20 minutes to end proceedings, France stepped up and forced some decent saves from Nigerian goalkeeper Chiamaka Nnadozie.

France finally got the breakthrough in controversial circumstance when Wendie Renard stepped up and scored a penalty kick, having missed on the first attempt when goalkeeper Chiamaka Nnadozie failed to follow the new FIFA rules which indicate that both feet of the keeper must be on the goal line at the time the spot kick is taken.

Following the result, the Super Falcons will now have to wait for the outcome of games in the other groups to confirm their place in the last 16.

Meanwhile, France and Norway have qualified from Group A into the knockout stage.