AFCON 2019: Top Scouts Set To Keep An Eye On Thomas Partey Ahead Of A Potential Summer Move 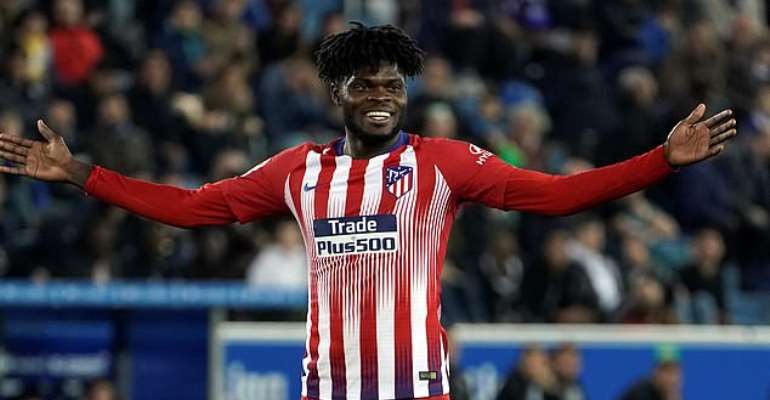 According to credible reports, a host of Clubs in Europe are said to have tasked scouts to keep a close eye on Ghanaian International Thomas Teye Partey at the 2019 Africa Cup of Nations (AFCON) tournament ahead of a summer move.

The Black Stars midfielder has been linked with a move away from Atletico Madrid this summer following another impressive season with the Spanish La Liga side in the just ended season.

The midfield enforcer has been an integral part of the Atletico Madrid set-up in the past couple of seasons. Despite not making as many appearances as he would have wanted, Thomas managed to impress whiles scoring some of the goals of the season in the La Liga.

The likes of Manchester United, Arsenal and PSG are thought to be interested in the services of the player and could make a move for him in the summer transfer window.

In line with that, some clubs have specifically assigned scouts to watch and report on Thomas Teye Partey during the AFCON tournament which is set to be hosted by Egypt.

He will be bossing the midfield of West African Country, Ghana, who find themselves in Group F alongside defending champions Cameroon, Benin, as well as Guinea Bissau.