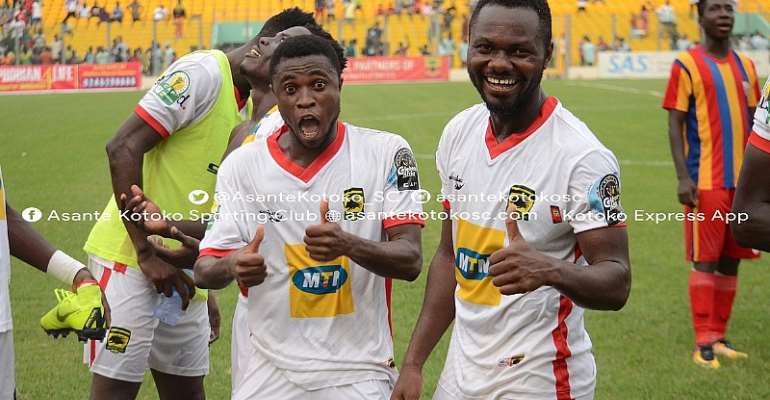 Communications Director for Asante Kotoko, Lawyer Sarfo Duku has indicated that the Kumasi based side relied on their experience to beat Hearts of Oka on Sunday afternoon when the two teams met in the semi-final of the tier 1 of the GFA Normalization Committee Special Competition.

The two top teams in the country locked horns at the Accra Sports Stadium in what went on to be an exciting encounter. Having taken an early lead in the first half through Abdul Fatawu Safiu, Kotoko could not hold on to the end of the match and conceded after giving away a penalty in the dying minutes.

The match eventually had to be decided through the penalty shootout which the Porcupine Warriors won 5-4.

Speaking to Asempa FM on Monday morning, Lawyer Sarfo Duku applauded Hearts for their commendable effort whiles citing that they used the experience in their team to see off their longtime rivals.

“The match was very difficult. Hearts gave a good account of themselves. And rightly so because they have already been booted out of the tier 2 competition and they were hoping to get to the final of the tier 1”.

“They gave us pressure but we used our experienced players to stop their attack and that worked for us to beat them. Even when they drew level I knew when it came to penalties we will be able to use our experience to beat them, he said.

Following the victory, the Reds will now play Anyinase based Karela United in the grand finale.