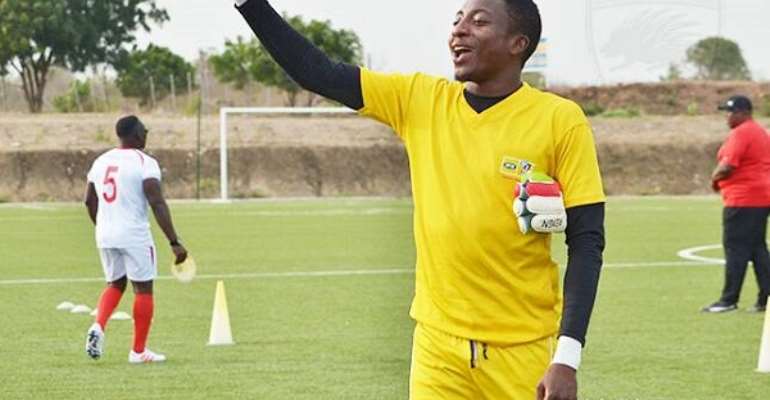 Despite preparing for the upcoming Africa Cup of Nations in Egypt with the Black Stars, Felix Annan couldn't hide his joy after Asante Kotoko defeated Hearts of Oak in the semifinals of the NC Special Competition on Sunday.

The Porcupine Warriors defeated the Phobians 5-4 on penalties after an entertaining 1-1 draw following 90 minutes of action.

Annan, who missed the game because of international assignment with the Black Stars joined in the celebrations and congratulated the players for the achievement.

The Porcupine Warriors will face Karela United in the final of the stop-gap competition after the Anyinase based club defeated Ashantigold in the other semifinal.

The winner of the competition gets to represent Ghana in the CAF Champions League.

The Porcupine Warriors are also in the semifinals of the Tier II Special Competition and will face regional rivals Ashantigold on Wednesday at the Cape Coast stadium.