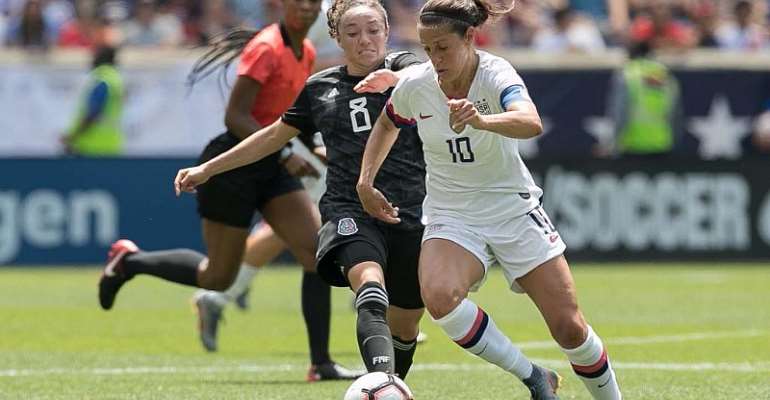 Carli Lloyd became the first player to score in six consecutive women's World Cup matches as the United States brushed aside Chile 3-0 on Sunday to secure passage to the last 16 for the north Americans.

Lloyd netted twice in the first half either side of a Julie Ertz goal, as the USA joined Sweden -- who beat Thailand 5-1 earlier -- in qualifying for the knockout phase from Group F.

Their goal difference is such that a draw when they face the Swedes in Le Havre on Thursday will see them advance in first place, which increases the chances of a heavyweight quarter-final showdown back in Paris with hosts France.

Hat-trick hero in the 2015 final win over Japan, Lloyd squandered the chance to get a third goal in this game as she missed a late penalty, but her double here at the Parc des Princes still took her into the record books.

The 36-year-old has now overtaken the mark of Birgit Prinz, the German who found the net at five consecutive matches at the 2003 World Cup.