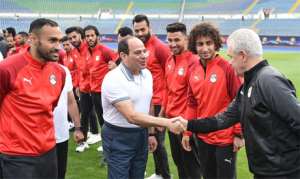 Egypt was granted hosting rights of the 2019 African Cup of Nations, held 21 June to 19 July, after winning a majority of votes in a January meeting of the executive committee of the Confederation of African Football.

According to an official statement, Egyptian Presidency spokesman Bassam Rady said El-Sisi visited members of the team during training at Air Defense stadium, also referred to as 30 June Stadium.

The venue will host matches of Group C that includes Algeria, Kenya, Senegal and Tanzania. 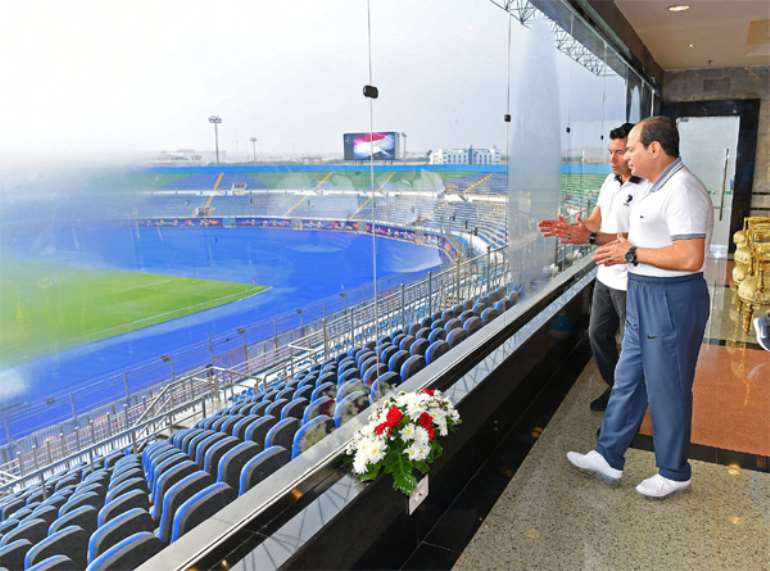 The President expressed his full confidence in the understanding of the team in the responsibility they bore, calling on them to exert the utmost effort for the welfare of the nation. 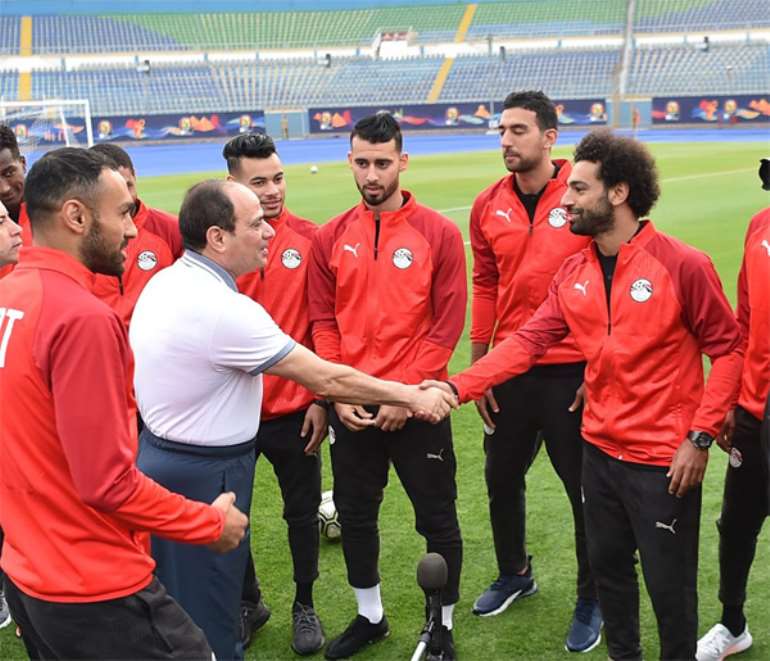 El-Sisi stressed on the importance of an exercise of discipline and respectful behavior as a reflection of Egypt’s civilization that would complete a full picture for the success of the tournament. 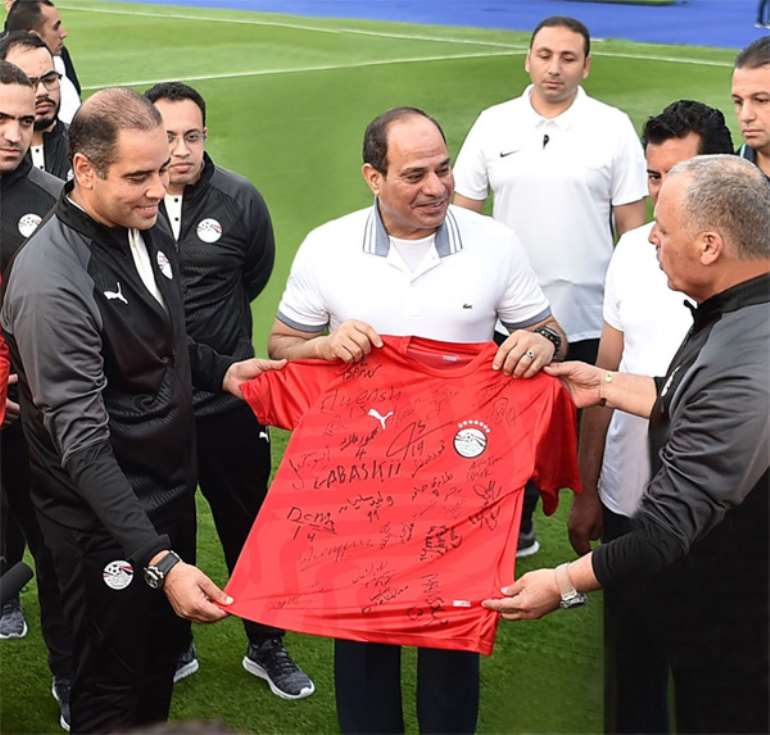 The players promised El-Sisi they will do their best effort to make Egyptians happy, the statement said.

The Egyptian President also toured the stadium to inspect final preparations ahead of the tournament, expressing his hope that it will be a positive push for the Egyptian sports field due to the exerted advanced development in infrastructure. 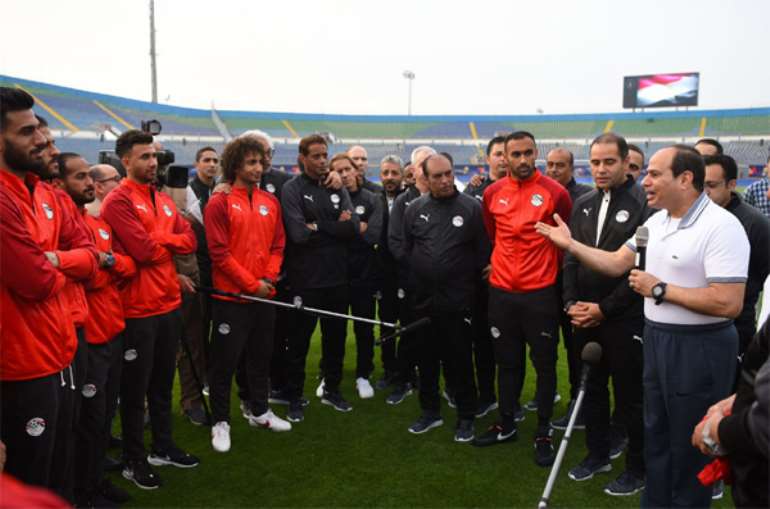 The Egyptian team began their final preparations for the Nations Cup with a friendly against Tanzania at Alexandria's Borg El-Arab stadium on Thursday, winning a 1-0.

Another friendly against Guinea set to be played on Sunday. Egypt were drawn in Group A at the African Nations Cup along with DR Congo, Uganda and Zimbabwe. They will kick of the tournament by playing Zimbabwe on 21 June. 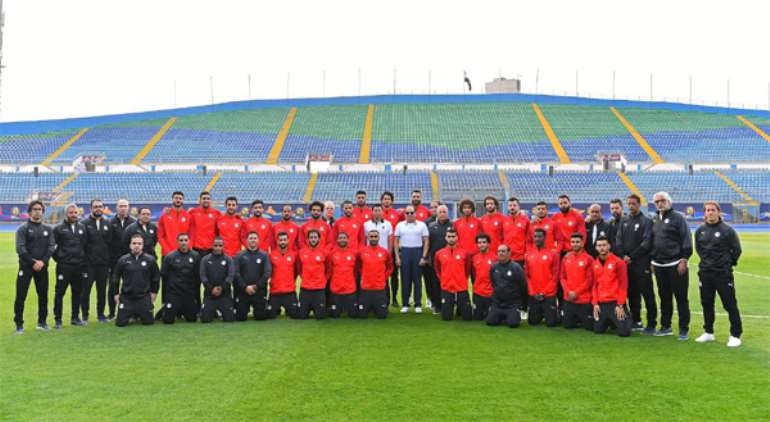