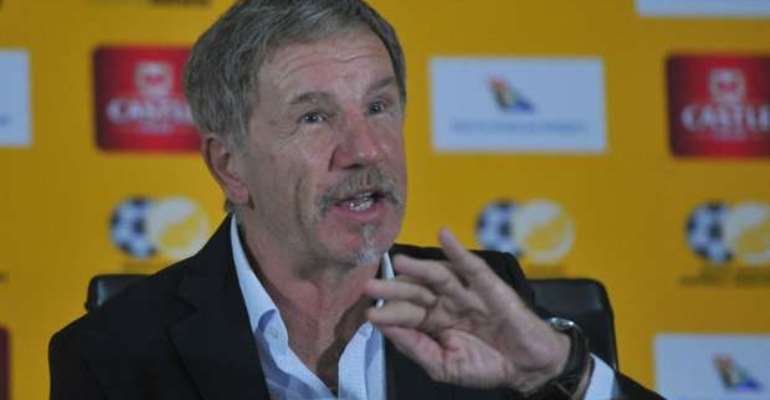 Head Coach for the Bafana Bafana of South Africa, Stuart Baxter has denied assertions that his side is among the favorites to win the 2019 Africa Cup of Nations (AFCON) tournament set to be staged in Egypt.

The biggest tournament on the continent is set to take center stage in the next 5 days in North Africa. Having been expanded from 16 to 24 teams this year, it promises not on to be exciting but will surely also be tough to win.

South Africa is among the top teams on the Continent current making the necessary preparation in anticipation to the start of the tournament later this week.

The team was engaged in a friendly match with the Black Stars of Ghana over the weekend in a game that ended goalless.

Asked whether he agrees South Africa is one of the favorites to lift the trophy this year, Coach Stuart Baxter responded, “No not at all. This is a team in reconstruction. This is a team that is okay. Again tonight we didn't lose and we haven't lost for about a year and a half so that's encouraging”.

“But to call us one of the favorites will be ridiculous”.

Nonetheless, the gaffer is not ruling out the possibility of conquering Africa with the Bafana Bafana and has indicated that the team needs to keep improving and take advantage of any opportunity that comes their way.

“So what we need to do is we need to improve, keep improving to make sure we play our game with confidence and we don't show an exaggerated respect for everybody”.