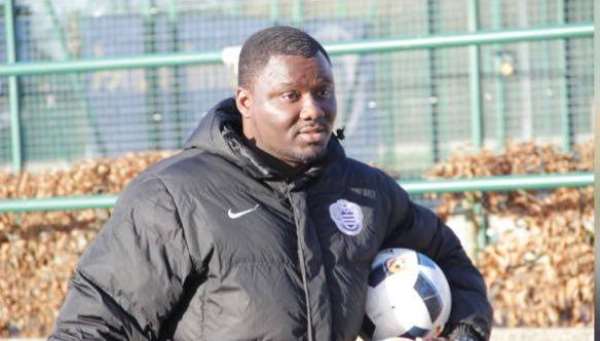 Ekuban shot into fame after scoring on his debut for Kwasi Appiah’s Black Stars.

The ex-Leeds United forward scored his first competitive goal for the Black Stars of Ghana on his debut against the Harambee Stars of Kenya in an AFCON Qualifier on 23 March 2019 at the Accra Sports Stadium.

Since then Ghanaian fans have developed hopes in him to shine and has made it to the 2019 AFCON being part of the final 23-man squad.

And, the Ghanaian tactician who is emerging on the scenes in the coaching world is confident the striker will make history at the Afcon.

“I believe Caleb is a strong striker and has enormous qualities to flourish at the tournament. He’s definitely going to be a revelation for the AFCON,” he told Accra-based Asempa FM.

Jordan Ayew, Spain-based Kwabena Owusu and legend Asamoah Gyan have all been named in the Ghana final squad for the tournament.

Doctors threaten strike from October 1 over arrears
37 minutes ago