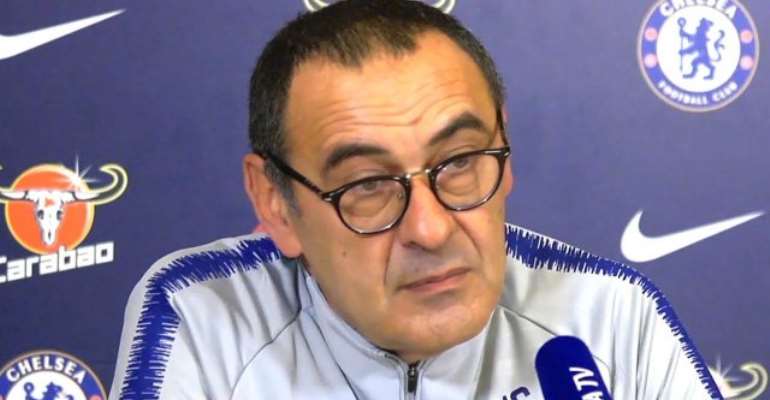 Chelsea announced on Sunday afternoon that Maurizio Sarri would be leaving the club to take over as manager of Juventus.

Sarri, 60, joined Chelsea from Napoli last summer as a replacement for compatriot Antonio Conte but now returns to Italy, signing a three-year contract with the Italian champions.

Whilst Sarri managed to win a major trophy, the Europa League, during his only season with Chelsea he struggled to bond with sections of the supporters and came under fire for some of his tactics and selections.

His departure over the summer has long been reported and Juventus became the frontrunner once Massimiliano Allegri confirmed that he would be leaving to take a year out from football.

In a statement released on the Chelsea website, club director Marina Granovskaia said "In talks, we had following the Europa League final, Maurizio made it clear how strongly he desired to return to his native country, explaining that his reasons for wanting to return to work in Italy were significant.

"He also believed it important to be nearer his family, and for the well-being of his elderly parents he felt he needed to live closer to them at this point."

"We would also like to congratulate him on securing the role as big as any in Serie A and to wish him the best of luck for the future."

Chelsea are now expected to turn to the club’s record goalscorer Frank Lampard as a replacement for Sarri.

Former Chelsea midfielder Lampard, 40, is currently manager of Derby County and is in contract talks with the Championship club over a new contract.

If he were to return to Chelsea, he would have to contend with the loss of Eden Hazard to Real Madrid as well as the two-window transfer ban hanging over Stamford Bridge.

The move is likely to infuriate supporters at Napoli, where Sarri spent three seasons and turned them into the team most likely to threaten Juve's dominance.

Napoli finished as runners-up twice and third place once under Sarri's leadership and achieved a club record 91 points in the 2017-18 when they came agonisingly close to snatching the title -- even beating Juve 1-0 in Turin towards the end of the season.

That will not be the case under Sarri, who turned Napoli into the most eye-catching Serie A side with their complex passing movements.

His style, however, makes huge demands of the players and Sarri was also criticised at Napoli over his failure to rest players, something which could prove a problem at Juventus who have more strength-in-depth and will be battling on two fronts.

He will also have to find a way of incorporating Cristiano Ronaldo into his team. The 34-year-old, with two years of his Juventus contract still to run, is still lethal in small bursts but not able to maintain such a high tempo over 90 minutes.

A former bank employee, Sarri never played football professionally and made his Serie A coaching debut at the age of 55 with Empoli after winning promotion with them in 2014.

Known as “Mr 33”, because he reputedly thought up 33 different plans for setpieces, Sarri quickly innovated at Napoli by using a drone to film training sessions from above.

Sarri began coaching amateur teams back in the 1990s, managing to combine his hobby with a banking career that took him to the United Kingdom, Germany, Switzerland and Luxembourg.

He coached 16 different sides in the lower division of the Italian league before finally reaching Serie A with Empoli.