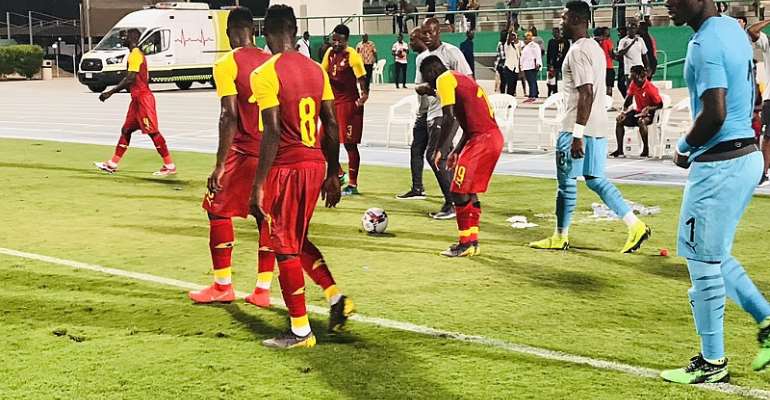 There is a major worry for Ghana ahead of the 2019 Africa Cup of Nations (AFCON) tournament following the team’s inability to score in any of their pre-tournament friendly matches.

The continent is just 6 days away from the start of its biggest tournament which is set to be hosted in Egypt. Teams in the last couple of weeks have been engaging in training tours as well as some international friendly matches to get their teams in shape ahead of what will be tough one month.

Having concluded their share of the friendly matches, the Black Stars record is worrying owing to the fact that they have failed to score a single goal in any of the two games they have played.

They lost 1-0 to Namibia last Saturday, June 9, before drawing today with the Bafana Bafana. Though they have only conceded once, their inability to get on the scoresheet is not encouraging especially when they are hoping to go all the way in Egypt to win this year’s trophy.

The team’s forward line consists of veteran attacker Asamoah Gyan, Jordan Ayew, Caleb Ekuban, as well as Kwabena Owusu. Each of them has been given minutes in the two warm-up games but could not find the back of the net.

With less than a week to the start of the AFCON, Coach James Kwesi Appiah and the rest of the technical team will need to sharpen any rough edge to ensure that the attackers are able to bang in the goals when the tournament starts.

The West African country has been drawn in Group F and will face Benin, Guinea Bissau, and Cameroon.