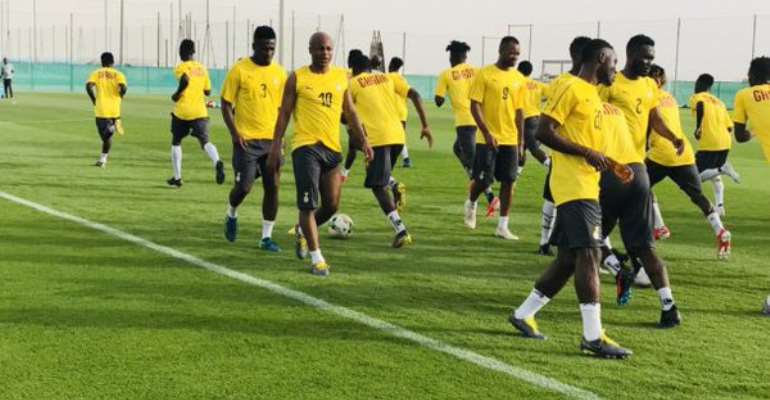 The Black Stars of Ghana will today face Bayana Bayana of South Africa in their final warm-up match ahead of the 2019 Africa Cup of Nations.

Kwasi Appiah’s side lost 1-0 to Namibia in their first preparatory game which raised a lot of concerns about the performance of the team heading into the tournament.

The Coach used the game to assess the players invited and named his final 23-man squad after the game.

Now with Kwasi Appiah settled on his final squad for the tournament, he will use this game to assess his first team, tactics and player selection ahead of the tournament.

South Africa will prove tough customers for the Black Stars in this preparatory game.

The Bayana Bayana have qualified for the AFCON and will be hoping to beat the Black Stars to boost their confidence ahead of the tournament.

South Africa is in Group D alongside Ivory Coast, Namibia and Morocco.