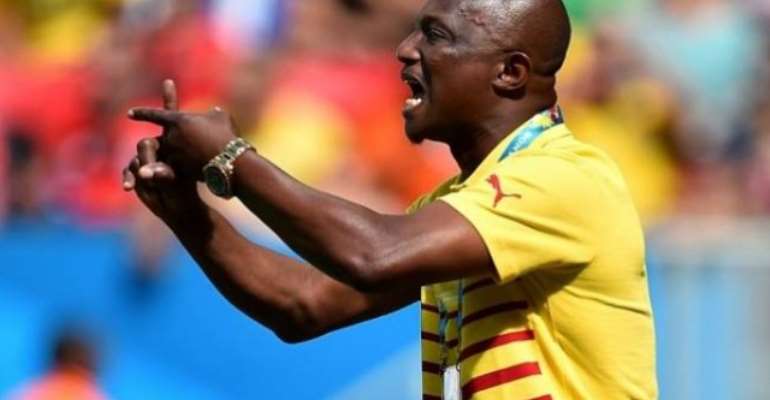 Coach Kwasi Appiah says he is expecting a brilliant display against South Africa on Saturday, June 15 in their second and final pre-AFCON friendly in Dubai.

The team has been going through tournament preparations in the UAE and the plans are even more focused now since the final 23 for the AFCON has been named.

Kwasi Appiah watched the team lose 1-0 to Namibia in their first friendly and he has clearly stated what he wants to see from the players.

“For me, I want the players to lift the flag of Ghana. Once you wear the national colours, you need to give your best. We will prepare very well and go out there and give ourselves a good training exercise and raise the flag of Ghana.”

The coach also spoke on leaving the likes of Ebenezer Ofori, Majeed Waris, Mohammed Alhassan, Abdul Fatawu and Yaw Yeboah out of the final team for the tournament. He expressed sadness at having to close the door to these players despite their good efforts during the camp.

“All the players have done well and I wish I could take all the 29 players but we had to reduce the number and choose 23. Having said that, I need to state that all the players gave their best during their stay in camp.”

The team will arrive in Egypt or the tournament on June 20.

Ghana are in Group F alongside Cameroon, Benin and Guinea Bissau and will their first match on June 25 against Benin.

The tournament will begin on June 21 to July 19.