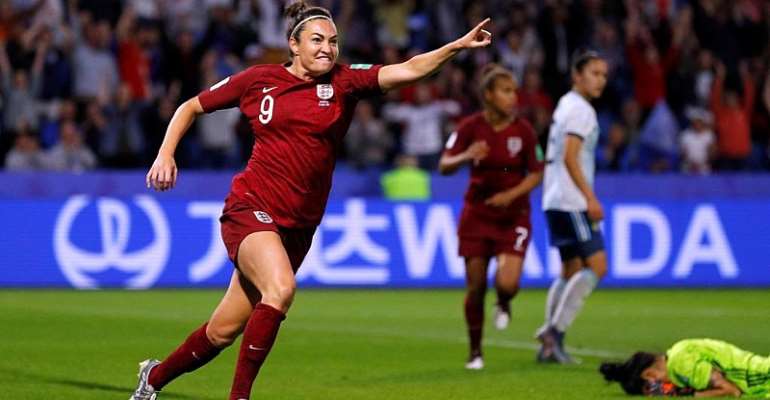 With England's 1-0 victory over Argentina and Italy's 5-0 win over Jamaica on Friday, the two teams join Germany and France in the last 16 of the women's World Cup.

Phil Neville's side now need a point against Japan in Nice on Wednesday to ensure they finish in first place and avoid a potential clash with European champions the Netherlands in the next round.

As for Argentina's 'Albicelestes', third in the group with a point, they can still qualify for the knockout stages if they beat Scotland in their final game in Paris.

Italy vs Jamaica
Earlier in the day, in Reims, Italy took their place at the top of Group C with a 5-nil win over Jamaica. Juventus striker Cristiana Girelli's hat-trick and a late brace from Aurora Galli gave Milena Bertolini's side a perfect six points, well in front of Brazil and Australia.

"We never thought we would have got this kind of result at the outset of the tournament," said Bertolini, whose side were among the outsiders before the start of the World Cup.

Italy will face Brazil on 18 June.
Japan beat Scotland 2-1 in Rennes
Elsewhere on Friday, Mana Iwabuchi set the 2011 winners on their way and Yuika Sugasawa converted a penalty as Japan closed in on the last 16, just four days after a disappointing display in a goalless draw against Argentina.

"We have beaten a wonderful Scottish team, but there is room for improvement so we will discuss how we can get better," said Japan coach Asako Takakura.

Scotland got a goal back late on through substitute Lana Clelland, but they will be disappointed at offering nothing going forward until it was too late, just like in their opening defeat against England.

"I thought we saw the real Japan today. Their movement was incredible -- we knew it would be, and we tried to set up in a way to stop them," said Scotland coach Shelley Kerr.

While Canada will play New Zealand at Stade des Alpes in Grenoble.