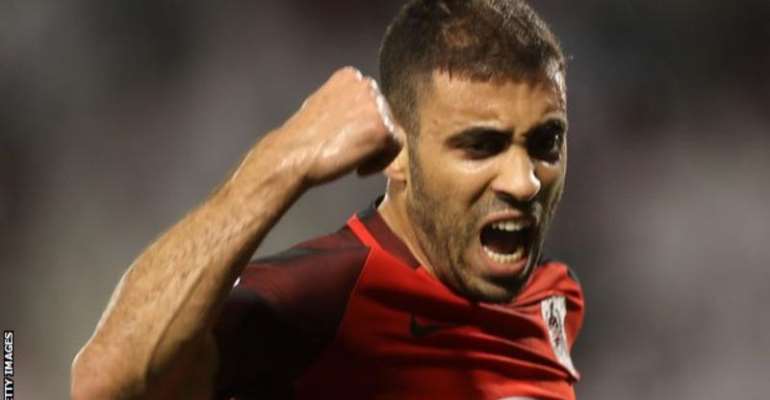 Morocco coach Herve Renard has replaced Abderrazak Hamdallah in his 23-man squad for next week's Africa Cup of Nations after the striker picked up an injury.

He is replaced by defender Abdelkarim Baadi, who plays for Moroccan side Hassania Agadir, for the tournament in Egypt.

A statement from the Morocco Football Federation explained that Hamdallah has a "back and hip injury and the medical staff have decided he cannot complete the training camp nor play at the Nations Cup."

The federation added he would undergo further 'rigorous tests' on Friday.

He played in Wednesday evening's surprise 1-0 loss to The Gambia in Marrakech and had left the pitch angry that he had not been allowed to take a last minute penalty that was missed by Faycal Fajr.

Hamdallah was included in Renard's squad after a record-breaking season in Saudi Arabia, that saw him score 34 goals in 30 league games as Al Nassr won the league.

His tally broke the all-time record for goals in a Saudi Arabian season.

It was the first time since Renard took over as coach that he had included Hamdallah in a squad.