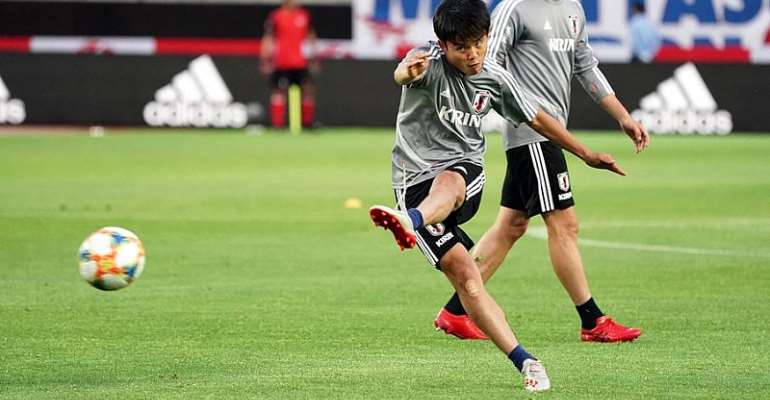 Teenage sensation Takefusa Kubo is poised to be snapped up by Spanish giants Real Madrid, Japanese media reported on Friday.

The FC Tokyo forward, who recently made his full Japan debut and is dubbed the "Japanese Messi", has also been linked with Barcelona, Paris Saint-Germain and English champions Manchester City.

Contacted by AFP, FC Tokyo declined to comment, but Kubo's likely destination now looks to be Madrid, where he will start at Real's feeder club, according to widespread reports.

Kubo, 18, earned his high-profile nickname after being invited to Barcelona's youth academy as a nine-year-old.

Barcelona have kept tabs on the player since, but Real Madrid now look to be the front-runners to sign Kubo, whose dribbling skills made him a YouTube hit as a small boy.

Los Blancos have offered Kubo two million euros a year to play in Real's second-string Castilla side to gain experience, according to Japanese media.

Fierce rivals Barca tried to sign Kubo back in 2014 but were hit by a Fifa transfer ban for breaching rules on signing under-age players.

Kubo came on as a second-half substitute in Japan's 2-0 win over El Salvador last weekend and has been included in the Blue Samurai squad for the Copa America, which begins Friday.