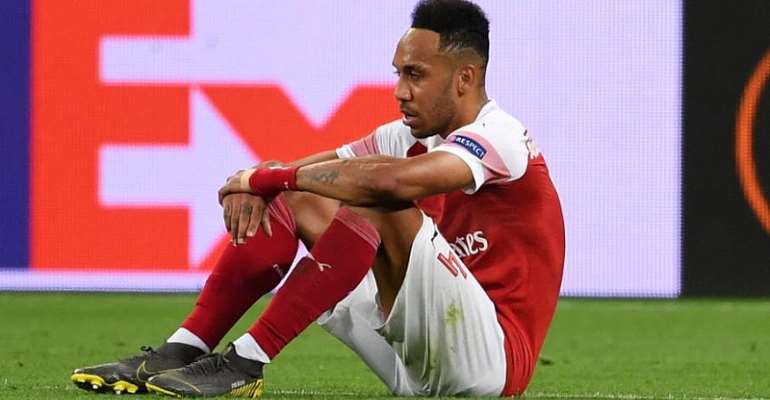 Arsenal forward Pierre-Emerick Aubameyang will be a notable absentee when the 2019 Africa Cup of Nations kicks off in Egypt on June 21.

The France-born star plays for Gabon, the homeland of his father, and they missed out on a place after finishing third in a group behind qualifiers Mali and Burundi.

Gabon could have overtaken by winning a final-round match in Bujumbura, but only drew 1-1 with the 29-year-old closely marked throughout.

They scored 22 goals each, one more than Argentine Sergio Aguero from back-to-back champions Manchester City.

Here, AFP Sport highlights five stars, teams and a top referee who will not be part of the biennial African football showpiece.

AUBAMEYANG
He often seemed disinterested in the fate of Gabon during the six-round qualifying schedule and refused to visit South Sudan, claiming the chartered plane was not airworthy.

More recently, Aubameyang slammed Gabonese government and football officials for naming his ill father national coach without checking his availability for a post he declined.

BURKINA FASO
Bronze medallists in Gabon two years ago, the Stallions came only third behind Angola and Mauritania in a qualifying section.

Poor away form cost the Burkinabe dearly as they picked up only one point of a possible nine on the road after losing in Luanda and Nouakchott and drawing in Francistown in Botswana.

GRISHA
Widely regarded as one of the best African referees, Egyptian Gehad Grisha was dropped from the provisional list for the 2019 tournament after a six-month suspension.

The ban stemmed from what CAF said was a "poor performance" in the CAF Champions League final first leg despite many believing he called two difficult VAR decisions correctly.

LE ROY
Septuagenarian French coach Claude le Roy – loved by the media for his straight-talking – suffered the rare experience of failing to qualify when Togo came last in a group.

He guided Cameroon to the 1988 Cup of Nations title in Morocco after taking them to second place two years before and coached 2008 hosts Ghana to third spot.

ZAMBIA
The Chipolopolo (Copper Bullets) have failed to build on their stunning penalty shootout triumph over hotly fancied Ivory Coast in the 2012 Cup of Nations final.

They made first-round exits from the following two tournaments and failed to even qualify for the 2017 and 2019 editions, finishing bottom this year of a section won by Guinea-Bissau.