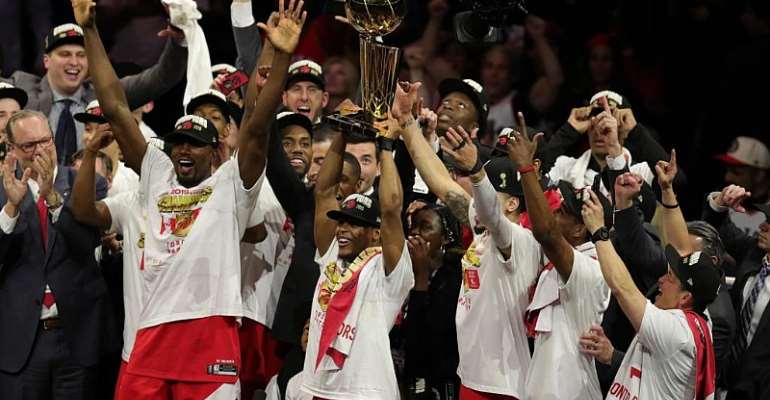 An upstart Toronto Raptors team has dethroned defending NBA champions Golden State Warriors, holding on to win 114-110 to seal the best-of-seven series 4-2 and become the first non-US club to hold the title.

Kyle Lowry and Pascal Siakam each scored 26 points while Kawhi Leonard and reserve Fred VanVleet both had 22 as Toronto won the best-of-seven series four games to two.

Leonard was named the NBA Finals Most Valuable Player for the second time in his career after the first in 2014 with San Antonio, which traded him to Toronto last July.

"Last summer I was going through a lot. I just kept working hard and had my mind set on this goal right here," Leonard said. "This is why I play basketball. This is what I work hard for. I'm glad to see it all pay off."

"It means a lot for our city and the country and for these players," Raptors coach Nick Nurse said, who didn't mind not winning it at home. "You get the win and you're just happy you got it and celebrate that fact."

"To be able to celebrate with these guys is awesome," Siakam said, the flag of his homeland Cameroon draped around his shoulders.

"It's a dream to have achieved this," Spanish center Marc Gasol said. "I've never worked so hard."

Klay Thompson scored 30 points to lead the Warriors but left the game with a torn left knee ligament late in the third quarter after landing awkwardly on his left leg.

It was the latest setback for an injury-hit Golden State team that was already without two-time NBA Finals Most Valuable Player Kevin Durant, who returned in game five Monday after being sidelined for a month only to suffer a ruptured right Achilles tendon.

"Tough, tough way to go out," Curry said. "I think a lot has been proven about who we are as a team and the adversity we faced throughout the playoff run.

Golden State had a final shot to win trailing 111-110 but Curry missed a 3-pointer and Green called a timeout when the team had none, setting up three final free throws by Leonard to seal the victory.