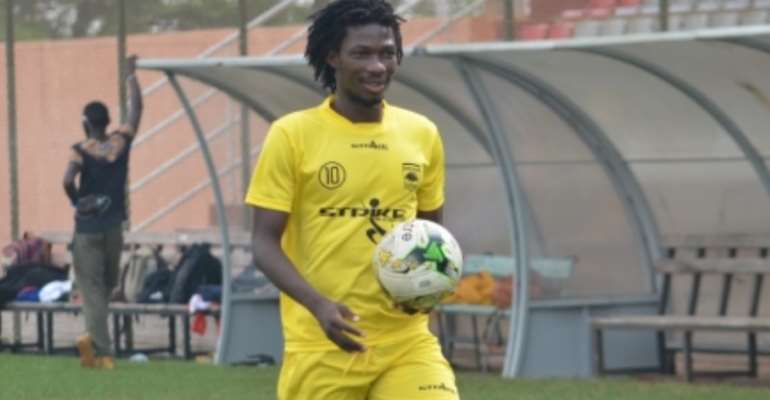 Asante Kotoko head coach, Charles Kwablan Akonnor says Songne Yacouba maybe ruled out ahead of their clash with Hearts of Oak in the semifinals of the Normalization Special Competition this weekend.

The 26-year-old started training with the Porcupine Warriors earlier this week after spending a month in the treatment room.

According to Coach Akonnor, the Burkinabe forward looks doubtful ahead of the one-off semifinal clash with their sworn rivals at the Accra Sports Stadium on Sunday.

"He [Songne Yacouba] has already started training with the team but I don't think he can feature in our match against Hearts of Oak on Sunday" Coach Akonnor told Nhyira FM.

Asante Kotoko have been handed a major boost following the return of Abdul Fatawu Safiu who couldn't make Coach Kwesi Appiah's final squad to represent Ghana at the 2019 Africa Cup of Nations.

The match has been scheduled to take place at the Accra Sports Stadium.