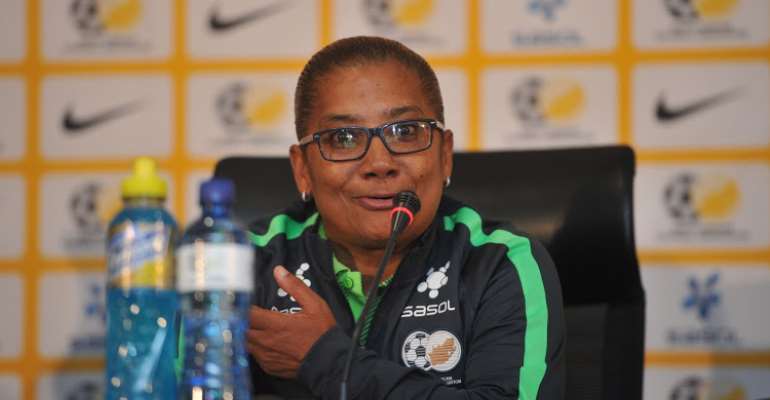 Head Coach for the Banyana Banyana of South Africa, Desiree Ellis has applauded the performance of her players in their match against China which they lost by a lone goal to nothing.

South Africa locked horns with China in a Group B encounter in the ongoing Women’s World Cup in France on Thursday, June 13, 2019. With both sides having lost their opening matches, they went into the game in search of the maximum 3 points to give them a fighting chance as far as progressing to the knockout stage is concerned.

At the end of the 90 minutes, however, a solitary goal from China’s Li Ying separated the two sides allowing her side to walk all with all 3 points whiles breaking South African hearts in the process.

Speaking in her post-match interview, South Africa Head Coach Desiree Ellis shared that her players were magnificent on the day but were unfortunate not to have come out with any point. According to her, though her team fought very well, a concentration lapse cost her side leading to their defeat.

“They were once again magnificent. We conceded from a set-piece. We lost concentration there. We had ample opportunities”.

“We said it would be a battle and like a final. Tonight we showed we are getting close”, Coach Desiree Ellis noted.

Despite the defeat, all is not lost for the Banyana Banyana. They could qualify to the next phase of the tournament if they beat Germany in their final group game and results from other match centers go in their favour.