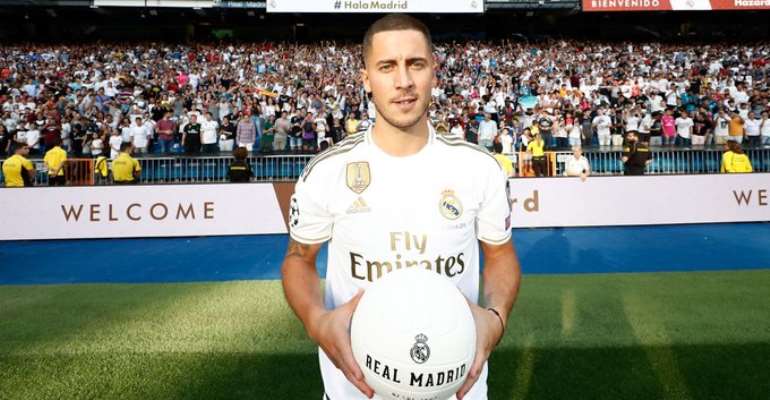 The 28-year-old was presented to the supporters of the club at the Estadio Bernabeu on Thursday evening.

The La Liga side signed the former Lille forward £150m from the Premier League side Chelsea on a five years deal.