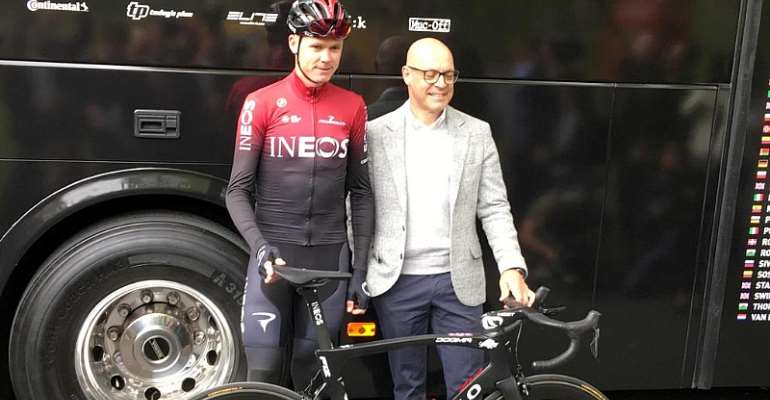 Four-time Tour de France winner Chris Froome was recovering in hospital in Saint-Etienne on Thursday after undergoing surgery on the injuries he sustained when he crashed into a wall on a training run.

Froome, 34, was left with a fractured pelvis and right femur as well as broken ribs and a broken right elbow.

"He's not in great shape," said his Ineos team principal Dave Brailsford. "There are crashes and bad crashes and this was a bad crash."

Froome, who was ruled out of the 2019 Tour de France on Wednesday, came off his bike in the village of Saint-André d'Apchon in the Loire region in western France.

Froome was riding with Dutch teammate Wout Poels when he lost control of his bike and slammed into the wall of a house.

Impact
"We have had a look at his data and he went from 54km/h to a dead stop," Brailsford said. "One of the things which sets Chris apart is his mental strength and resilience and we will support him totally in his recovery, help him to recalibrate and assist him in pursuing his future goals and ambitions."

Tour de France director Christian Prudhomme said Froome's absence would be a blow to the 2019 edition of cycling's most prestigious race.

"Chris Froome has been the central character at the Tour since 2013," he said. "His withdrawal changes the whole thing. Even if Ineos have the title holder Geraint Thomas and let's not be lured into underestimating Egan Bernal, who will be his lieutenant or possibly more," Prudhomme said.

Romain Bardet, who came second to Froome on the 2016 Tour de France, said: "It's never nice when one of your rivals gets unlucky like that."