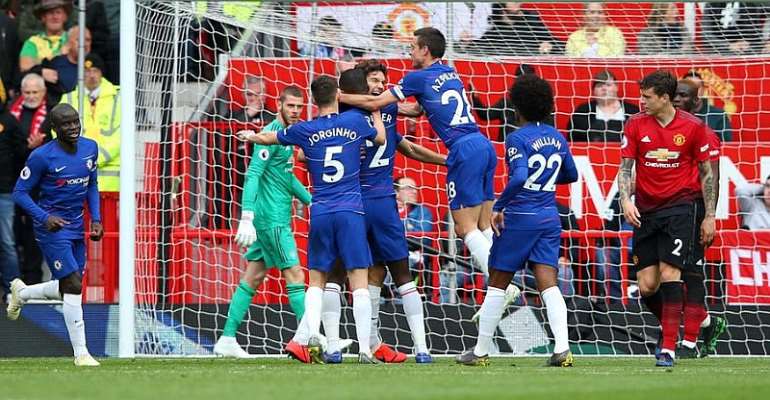 Liverpool v Norwich City
- This will be the first time that Liverpool and Norwich have met since a nine-goal thriller at Carrow Road in January 2016, which the Reds prevailed 5-4. Sébastien Bassong had scored an equaliser to make it 4-4 in the 92nd minute before Adam Lallana netted the winner on 94:18.

- Liverpool are unbeaten in their last 12 matches with Norwich City (all in the Premier League), winning 10 and drawing two while scoring three times the number of goals as the Canaries in these matches (39-13).

- On the only previous occasion that Liverpool started a league season at home against Norwich City, the Reds won the top-flight league title ahead of Manchester City in 2nd (1976-77). Liverpool beat Norwich 1-0 at Anfield on MD1 that season.

- Liverpool haven’t lost on MD1 of a Premier League season since a 0-3 away defeat to West Bromwich Albion in 2012-13. Since then they have won five and drawn one of their six PL openers.

- Bournemouth and Sheffield United have met in the second, third and fourth tiers of English League football, but this will be their first-ever top-flight league meeting.

- On the only previous occasion that Bournemouth and Sheffield United played one another on the opening matchday of a league season, Sheffield United were relegated from the second tier that campaign (1987-88).

Burnley v Southampton
- This is the second successive Premier League season that Burnley and Southampton have met one another on MD1. Southampton hosted Burnley last season on the opening weekend and they drew 0-0.

- Burnley are unbeaten in their last five competitive meetings with Southampton (all in the Premier League), winning twice and drawing three times.

- Southampton haven’t won their opening Premier League fixture in a season since 2013-14 when they defeated West Bromwich Albion away (1-0). They have since lost one and drawn the last four MD1 matches they have played.

- Crystal Palace have won just one of their previous 10 Premier League matches against Everton at Selhurst Park; this coming in October 1994 thanks to a solitary Andy Preece goal (1-0).

- On the only previous occasion that Crystal Palace and Everton played each other on the opening matchday of a league season, Crystal Palace won 2-1 at Goodison Park but ended the season bottom of the league (Premier League 1997-98).

- The last meeting between these Leicester and Wolves was in January 2019, with Wolverhampton Wanderers winning 4-3 at Molineux thanks to a last-minute winner from Diogo Jota.

- In their 4-3 victory over Leicester in January, Diogo Jota became the first Wolves player to score a top-flight hat-trick since John Richards in October 1977 (also against Leicester

- The last time that Leicester and Wolves met on the opening matchday of a league season was in 1934-35 (1-1 draw at Leicester City) – that season, the Foxes were relegated from the top-flight.

Tottenham Hotspur v Aston Villa
- Tottenham Hotspur will start a league season at home for the first time since 2010, following eight successive seasons with an away match to start their league campaign.

- Aston Villa have won just one of their last 17 competitive meetings with Tottenham Hotspur (W1 D3 L13); this coming in a 1-0 victory at White Hart Lane in April 2015 thanks to a first-half Cristian Benteke goal.

- Tottenham’s Harry Kane has scored four goals in five Premier League appearances against Aston Villa, including two goals in their last such meeting: a 2-0 win for Spurs at Villa Park in March 2016.

- Brighton have failed to score in five of their last seven competitive matches against Watford; including in both matches last season.

- Brighton & Hove Albion have won just one of their opening league fixtures to a top-flight season; this was in 1980-81 (2-0 v Wolverhampton Wanderers). They have lost three and drawn two of the other five.

West Ham United v Manchester City
- The reigning Premier League champions have only lost their opening match of the next league season on two previous occasions: Leicester City in 2016-17 (1-2 away at Hull City) and Chelsea in 2017-18 (2-3 at home to Burnley).

- Manchester City have won their last seven competitive matches against West Ham United with a combined scoreline of 23-3 in their favour.

- Manchester City have won more competitive games at the London Stadium against West Ham than any other away team (4).

- Manchester City have scored 17 goals against West Ham at the London Stadium; eight more goals than any other opposition side away at the Hammers in this ground.

Manchester United v Chelsea
- This will be the first meeting between these Manchester United and Chelsea on MD1 of a league season since 2004-05 when Jose Mourinho took charge of his first-ever Premier League match and Chelsea prevailed 1-0 thanks to an Eiður Guðjohnsen goal. Chelsea went on to win the league title that season.

- Manchester United have won just two of their last 13 Premier League meetings with Chelsea (W2 D6 L5) but are unbeaten in six home games against them in the competition (W2 D4 L0).

- Manchester United won just seven points in 10 matches against the ‘big six’ in the Premier League last season; the fewest of the ‘big six’ clubs alongside Tottenham Hotspur (also 7).

- The last time that Manchester United played Chelsea at home on the opening matchday of a league season was in 1958-59. United won 5-2 with Bobby Charlton scoring a hat-trick.

Newcastle United v Arsenal
- Arsenal have won 12 of their last 13 competitive fixtures against Newcastle United, losing only once in this run: 1-2 at St James’ Park in April 2018

- The last time that these two clubs met on MD1 of a Premier League season was back in 2011-12 when Newcastle and Arsenal played out a 0-0 draw at St James’ Park.

- In fact, the above fixture was the last time that Arsenal played an away game on the opening matchday of a league season. This will be the first time in eight seasons that Arsenal haven’t opened a league campaign with a match at the Emirates Stadium.

- Newcastle haven’t won their opening league game of a season since 2012-13 (2-1 at home to Tottenham Hotspur). Since then, they have lost five and drawn one of their MD1 matches in the last six seasons, including one game in the Championship