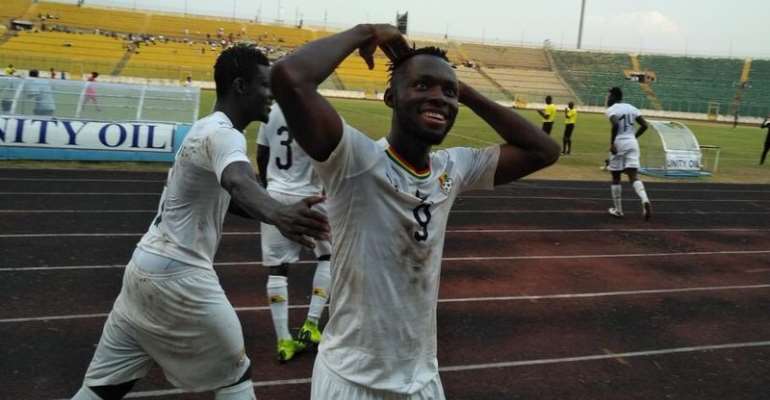 New Ghana Black Stars attacker, Kwabena Owusu has expressed his delight over his inclusion in the final 23-man squad that will be making their way to Egypt next week for the Africa Cup of Nations (AFCON) tournament.

The striker who plays his football in Spain was named in the final squad for the Black Stars last Monday after impressing the technical team after the first week of the training camp in Dubai.

This will be the first time the player will be making a representation at a major tournament for the national team. In a Twitter post, Kwabena Owusu has noted that it is a dream come true for him to be given the opportunity to play for the senior national team.

The player has been an integral part of the Black Meteors team that is on the verge of booking qualification to the u-23 AFCON. He has managed to score 5 goals from four matches for the side and will be hoping to mirror that ratio in the national team if given the opportunity to play.