Musah Nuhu Undergoes Successful Surgery In Switzerland; Expected To Be Out Of Several Months 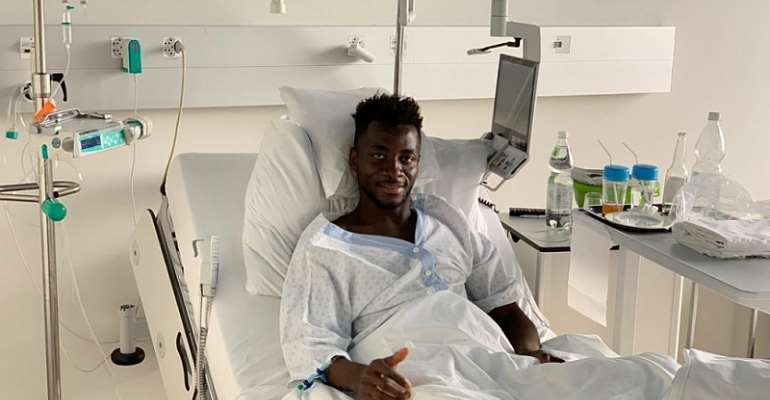 Ghanaian defender Musah Nuhu underwent a successful surgery in Switzerland on the knee injury he picked up during Black Stars pre-AFCON training in Dubai.

The WAFA star sustained a knee injury during a training session with the senior national team of Ghana ahead of the 2019 Africa Cup of Nations.

He underwent a successful surgery at the Berit Clinic in Switzerland on Tuesday evening.

FC St. Fallen, his parent club shared on Twitter, ''Musah Nuhu has a torn ACL in the left knee.

"He has been successfully operated today in the Berit Clinic in Speicher. We wish Musah the best possible and speedy recovery!"

He earned his debut call-up to the Black Stars by Coach Kwesi Appiah ahead of the 2019 Africa Cup of Nations but failed to make the final list to the tournament due to injury.

Musah signed a permanent deal with FC St. Gallen after a successful loan stint where he scored one goal in 13 matches.