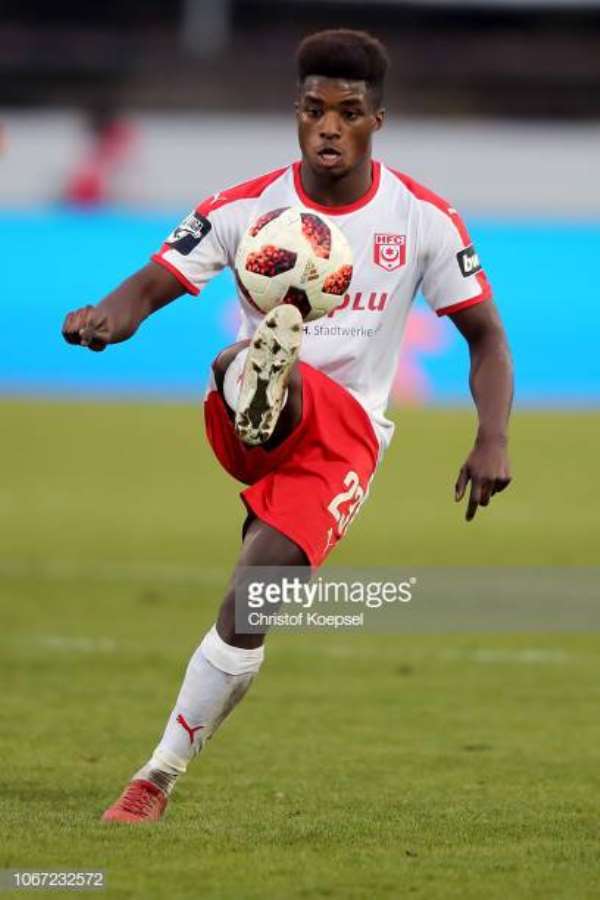 Management of German Bundesliga II side SV Darmstadt has confirmed that they have completed the signing of Ghanaian International Braydon Marvin Manu from Hallescher FC.

The club has been in contact with the club for some time now and after agreeing on terms, a deal has been signed for the promising winger to play for them next season.

A statement on the club’s official website confirming the transfer indicated that the two parties have decided to keep the modalities involved the contract under the wraps.

“The SV 98 has reinforced in the offensive area and signed Braydon Manu under contract”.

“The 22-year-old winger moves from Hallescher FC to southern Hesse and signed a contract with the lilies until June 2022. The transfer modalities were agreed to remain silent”, the statement from the club shared.

The 22-year-old Marvin Manu is expected to start pre-season with the club in anticipation to what will be a difficult season in the Bundesliga II as they seek promotion into the top-flight.

Having completed his move, Braydon Marvin Manu highlighted that he is hoping he can continue his development with his new club.

“I see good prospects for my development here with the lilies and I am convinced that Darmstadt is the right club for me”, the Ghanaian winger said in an interview.

It is believed that he has signed a 3–year contract with the club that regards him as an asset for the future.