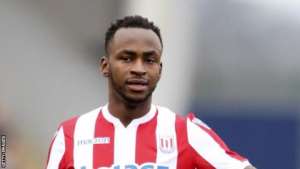 Head Coach for the Burundi National team, Olivier Niyungeko has named his final 23-man squad for the upcoming Africa Cup of Nations (AFCON) tournament set to be hosted by Egypt next week.

The squad which is made up of only foreign-based players is headlined by Saido Berahino who has been playing his football in England for the past 5 seasons. The Stoke City attacker will be the man to carry the team on his shoulders and bang in the goals to ensure they progress past the group stage.

Nonetheless, expectations are low for the side due to the fact that this is the first time they will be making an appearance at the continental showdown. They are poised to make history and are being tipped to be the surprise team this year’s AFCON at the end of the tournament.

Burundi has been drawn in Group B of the tournament and will come up against Nigeria, Guinea, and Madagascar at the preliminary stage.

Below is the final 23-man squad for the tournament: