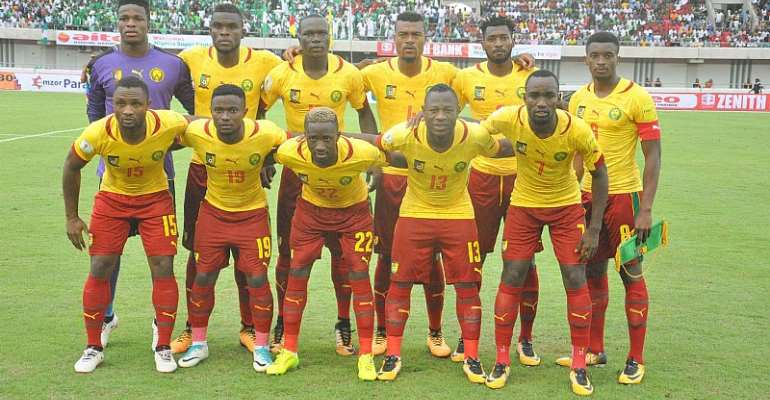 THE INDOMITABLE LIONS OF CAMEROON

Roger Milla, a former Cameroon star, believes the Black Stars of Ghana cannot stand and will pose no threats for their hopes of making the knockout stage in the upcoming Cup of Nations.

Cameroon, who are the defending champions are seeking to make it two successive titles ahead of the tournament that start from June 21 to July 19.

The Indomitable Lions are Group F alongside Ghana, Benin and Guinea Bissau.

"The group stage shouldn't be challenging for the Lions," Milla, who was a member of Cameroon's Cup of Nations-winning squad in 1984 and 1988, told the BBC.

"Ghana, Benin and Guinea-Bissau are teams we've beaten in the past - be it during the Nations Cup or in qualifiers.

"We shouldn't be afraid of anyone. It's up to Seedorf and Kluivert to build a good team for the various games.

"So far, [coach Clarence] Seedorf has done a good job with qualifying the team but now is the most crucial part and he needs to live up to expectations.

"The ideal scenario will be for Cameroon to win their sixth trophy in Egypt and clinch a seventh in 2021 when the country stages the Africa Cup of Nations. This will be tough - but it's possible."

Cameroon will open their campaign against Guinea-Bissau at Ismailia Stadium on June 25, four days before facing Ghana for the second successive time at the tournament, following their semi-final meeting en route to their 2017 success.

The Lions' final group game will be against Benin on July 2.

On Sunday, Seedorf's outfit reiterated their readiness for the tournament with a 2-1 win over Zambia in a warm-up fixture.